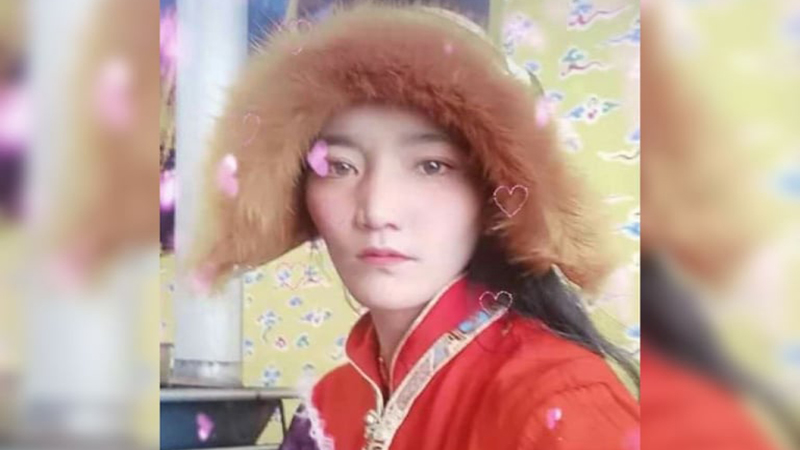 Dharamshala, India — A Tibetan college student is being held by the Chinese authorities for teaching her mother tongue, Tibetan, to village students during her winter vacation in February, 2022.

According to a source, a young Tibetan student of the Southwest University for Nationalities, named Choedon, was detained by the Chinese authorities on February 13, 2022. She disappeared after her detention, and her family members are very worried and could not find out where she is being held.

"Choedon is a graduate student of Southwest University for Nationalities, Wuhou District, Chengdu, Sichuan. She teaches Tibetan to students in her hometown during the winter vacation. But the Chinese authorities arrested her at around 5 pm local time on February 13, 2022," said a Tibetan man from southern India.

The immediate reason for the arrest of Choedon is not known, but the source said that she was very fond of and interested in Tibetan and was voluntarily teaching it to students in her hometown, Yam Dha village, during her winter holidays. This must be the reason for her arrest, as the Chinese authorities arrest Tibetans who promote and try to protect their mother tongue, Tibetan.

Choedon is from Yam Dha village in Riwoche county, Chamdo town, Eastern Tibet. Her father passed away many years ago, and her mother's name is Kha Kyi. She has a younger sister and a younger brother. She is a graduate student of Southwest University for Nationalities, Wuhou District, Chengdu, Sichuan.