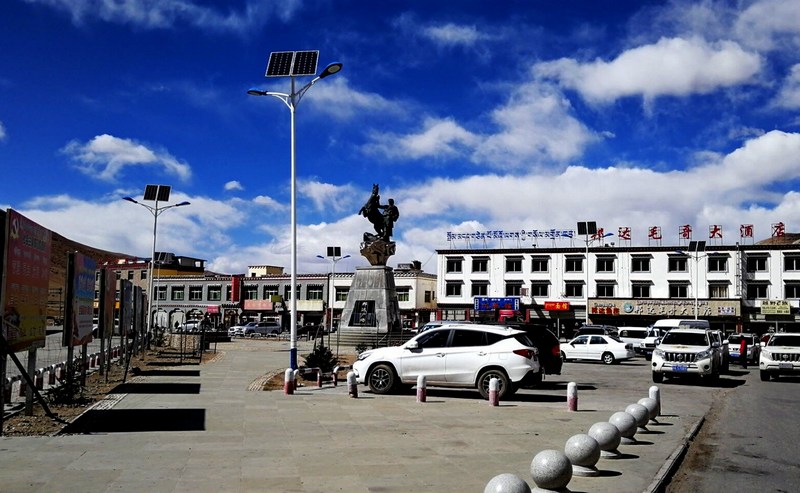 Further reinforcing its campaign and policy of Tibetan identity and cultural genocide, China has detained three students from Chamdo, eastern Tibet recently for speaking out against the Chinese government's Sinicisation of education policy. They are still in the custody of the Chinese police.

The Chinese government's intensification of Chinese language teaching within the so-called Tibet Autonomous Region in an attempt to make Tibetan culture disappear rapidly has always caused resentment among Tibetans, both in monastic and lay communities.

According to sources in Tibet, the three secondary school students, Palsang, Sarmo and Yangkyi, from the village of Pomda, eastern Tibet, were arrested by the Chinese authorities in October 2021 after they publicly opposed the Chinese government's policy of Sinicisation of education in Tibet. They were all detained in a local educational reformatory for several months and remain unreleased. The news only reached outside Tibet this week as the Chinese authorities blocked the information and cracked down on local Tibetans.

The three Tibetan students were protesting against the authorities because in September 2021, following the translation of Tibetan language teaching into Chinese in the Tibetan Autonomous Region, the Chinese authorities increased the implementation of Chinese language teaching in schools, where Tibetan children are taught to practise their Chinese script and pronunciation on a daily basis, and are brainwashed to "love China" in every way. In response, the three students expressed their sadness to the authorities about the plight of Tibetan students and the serious consequences of the lack of Tibetan language classes. At the time, the authorities arrested the three students on the grounds that they had "psychological problems and needed psychological education".

The source added that the arrested students were between the ages of 15 and 16. At their location, with the start of this year's school year, the Chinese authorities sent military personnel to the school to provide ideological guidance to the students, including the study of Chinese leader Xi Jinping's ideology, and to enforce overall Sinicisation education in various ways.

Sinicisation of Tibet is a policy of "cultural genocide" implemented by the Chinese government in the name of a series of "reforms" that have sought to completely eradicate traditional Tibetan culture, including language and script, since the Chinese government took full control of all of Tibet. Under these policies, large-scale religious and cultural sites in Tibet have been destroyed, monks and nuns have been forced to leave their monasteries, private Tibetan schools have been closed and all those who resist have been imprisoned.

Dawa Tsering, director of the Tibetan Policy Research Institute, the official think-tank of the Central Tibetan Administration, said in the interview: "The Chinese Communist Party has a long-term strategy of extermination for Tibet, and more and more young Tibetans are now aware of this political conspiracy by the Chinese government to wipe out the Tibetan nation. They are bravely standing up to the Chinese authorities in spite of repression to stop the continuation of the Sinicisation policy. But the Chinese government's tyranny over education has intensified, so Tibetan resistance will intensify in the future."

In a 91-page report published in 2020 on China's Bilingual Education Policy in Tibet, the New York-based Human Rights Watch (HRW) made it clear that the Chinese government's policy of Sinicisation of education in Tibet is based on political necessity, using the name of " Bilingual Education" to provide education in various parts of Tibet. This has not only seriously undermined the development of Tibetan language and culture, but has also had a negative impact.

The HRW report highlights that the Chinese government's Sinicisation policy violates International Human Rights Law, including the UN Convention on the Rights of the Child and the International Covenant on Civil and Political Rights, and notes that the UN Committees on the Rights of the Child, Economic, Social and Cultural Rights, and the Elimination of Racial Discrimination have all expressed concern about Tibetans' right to linguistic and cultural access to education, and therefore HRW hopes that UN members will share this concern.

In the aftermath of the 2008 Tibetan protests, the Chinese Communist Party accelerated the extermination of Tibetan culture, and the requirement that all textbooks and educational language be in Chinese was introduced in Tso Ngon (chi: Qinghai Province) as a test of this policy across Tibet. In 2010, thousands of Tibetan students took to the streets in a massive march to demonstrate and shout "ethnic equality and freedom of language".

Since then, Tibetan teachers and students have repeatedly called on the Chinese authorities, through a joint petition, to abide by the law on regional ethnic autonomy, which stipulates that ethnic autonomous regions should teach the curriculum in their national languages, and to immediately stop this policy of Sinicisation.