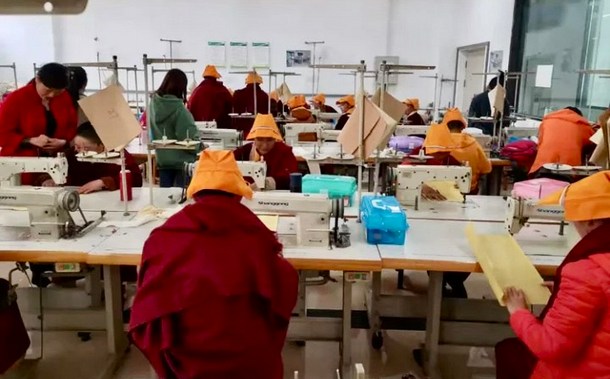 As the COVID-19 pandemic continues to ravage the world, the Chinese government is enforcing frantic controls such as such as lockdowns in infected areas, mainly Shanghai, while in Tibet, despite official reports of zero infection, the authorities are imposing various political controls on Tibetans' beliefs, speech, and movement in the name of pandemic prevention.

In Tibetan identity, Tibet is not only the so-called Tibet Autonomous Region (TAR), as divided by the Chinese government, but also includes the entirety of the Tibetan land forcibly divided between the four provinces of Sichuan, Qinghai, Gansu, and Yunnan, generally the three regions of Kham (south-eastern Tibet), U-Tsang (central and western Tibet) and Amdo (northeastern Tibet).

In 2008, the largest protests against the Communist Party erupted throughout the three Tibetan regions since 1959 and 1997-1998, involving not only ordinary Tibetans but also students and government officials. In particular, 2009 to date has seen a steady stream of non-violent self-immolations by Tibetans against the repressive policies of the Chinese Communist Party, with nearly 160 Tibetans setting themselves on fire. The common demands of all protesters are "let His Holiness the Dalai Lama return to Tibet", " free Tibet" and "stop the repression in Tibet".

In response to these protests, the Chinese authorities did not hesitate to use force and violence, which shocked the world. During that time, the Tibetan issue was brought into focus and attracted the attention of the world. Leaders of advanced democracies and human rights groups stood up to pressure the Chinese government and condemned its criminal human rights abuses. However, in reaction, the Chinese Communist Party's ruthless control over Tibet and its brutal and unrelenting repression of the Tibetan people has intensified.

The Tibetans' fearless anti-communist rhetoric and their overwhelming reverence and love for His Holiness the Dalai Lama touched the most sensitive nerve of the Chinese government, and convinced that this threatened the sovereignty and territorial integrity of the Chinese state, they arrested all the Tibetans who participated in the protests or collected photos of His Holiness the Dalai Lama and labelled them as "endangering national security" and "inciting secession". and subjected to prolonged and inhumane torture.

Since December 2019, when the COVID-19 outbreak first broke out from Wuhan, China, and then rapidly spread around the world causing a "global pandemic", almost 510 million people have been infected and over 6.2 million have died. The current official Chinese figures of over 200,000 infections and 4,700 deaths in China are recognised worldwide as "deliberate concealment and misrepresentation".

A Tibetan netizen willing to provide information on the current situation in Tibet in the light of the pandemic recently told the Tibet Post International that pandemic prevention measures have been carried out as usual throughout the Tibetan region over the past two years under official command, but that restrictions on Tibetans have also been tightened.

"Whereas previously the Chinese authorities interfered with Buddhist activities, closed monasteries, banned Tibetans from circumambulation and pilgrimages, and forbade gatherings of more than five people, which clearly appeared to the local and outside world as political repression, these restrictions are now being implemented in the name of 'pandemic prevention', which appears to have been legitimised and hardly raises the outside world's attention to the real situation of Tibetans."

The netizen added that, "In the Tibetan areas outside the TAR, there have been a number of infected Tibetans and more from other ethnic groups who have been treated in the last two years, but many of the numbers are not recorded by the authorities where they live. A fortnight ago, three Han Chinese tourists who were in close contact with the infected person had been tracked down by the local government on a trip to Kongpo in Tibet, all held in custody, and the follow-up is unknown. There have also been recent accounts of infected people in Lhasa, but this information was quickly suppressed by officials. A number of monasteries in Tibetan areas such as Qinghai and Sichuan have been closed by the authorities for a time, including the Kumbum Monastery, citing the seriousness of the pandemic."

The sources also revealed that in order to prevent Tibetans from gathering to discuss Tibetan issues or to carry out anti-communist activities through Buddhist rituals such as offering simmering smoke and hanging Windhorse prayer flag, the Chinese authorities have for the past two years carried out a campaign to "demolish and clean up redundant religious facilities" in many "sensitive Tibetan areas". The campaign includes simmering stoves, prayer flag pillars and prayer flag hanging paths in the mountains.

"Buddhist activities such as prayer meetings, simmering ceremonies and prayer flags hanging at several monastic and nunnery monasteries in Sichuan have been cancelled, citing the need to prevent and control the pandemic. In their place, monks and nuns are being forced to undergo 'vocational skills training', like sewing, cooking and handicraft, which seriously interferes with their daily Buddhist practice", the netizen further added.