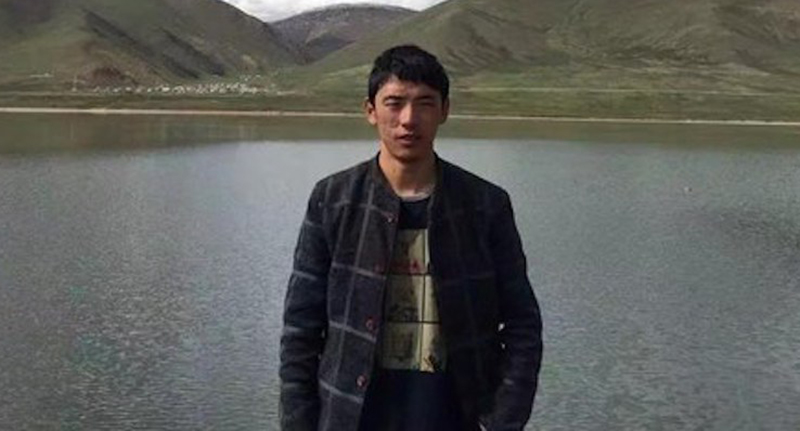 Dharamshala — Thupten Lodoe, a Tibetan writer from Sershul County, Dzachuka, eastern Tibet, was recently sentenced to four and six months imprisonment by the Chinese authorities over his writings that published on Chinese social media.

According to local reliable sources, Tibetan intellectual and writer Thupten Lodoe, pen name: Sabuchey, was arrested in late 2021, and after 8 months in detention at an undisclosed location, was sentenced to four and six months' imprisonment by Chinese authorities on unsubstantiated charges of "inciting separatism", "endangering state security" and " harmed ethnic unity" around June 14, 2022.

He was a teacher in his village and then became an official in a local government office. But he was accused by the Chinese authorities that his writings and articles were related to politics, he was expelled from the office, then detained and sentenced to four and six months in prison in China. His family members live under strict control and even his two children are not allowed to go to school.

Thupten Lodoe, 34, is from Bum-nying village, Dzachuka, Sershul (Ch: Shiqu) County, eastern Tibet. He was detained by Chinese security officials in mid-October, 2021. He was held at an undisclosed location for more than eight months until his conviction on or around June 14, 2022.

Thupten Lodoe is not a single case, where the Communist China has pressured, confined and violated Tibetans for simply exercising freedom of speech and basic Human Rights in occupied Tibet. Language advocates, singers, writers and other Tibetans have been under China’s constant surveillance and subject of long-term imprisonment for speaking out against the repressive policies of the communist regime of China.