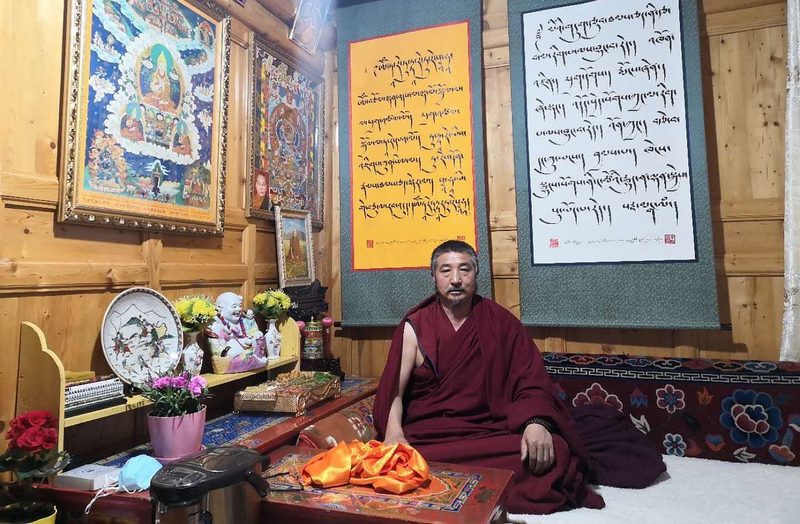 A renowned Tibetan monk who was repeatedly imprisoned and tortured for his peaceful protests against China's repressive rule restricting the Tibetan cultural language has passed away at his home in Tibet.

"From May onwards, his health had been deteriorating for a long period before he was taken to a medical facility in Siling, a town in the Tso-ngon region of Tibet, but without success.' it added.

In a five-year period, between 2006 and 2011, the Tibetan monk was arbitrarily arrested four times, with the most recent arrest which led to five-year imprisonment. Each time he was ill-treated and systematically tortured, and his physical condition was severely damaged by the Chinese brutal, inhumane and degrading actions.

In 2009, after a videotape of his brutal treatment and torture in a Chinese prison went viral on the internet, the Tibetan scholar became a national hero to the Tibetan people, not only in his homeland but also around the world.

His 20-minute video, which went viral on the internet, received the most publicity. The man used his own identity, voice and name to expose the facts about Chinese oppression and torture in Tibet. He also appealed to the international community to pay more attention to the human rights situation in Tibet, which has caused a huge backlash and resulted in him being brutally tortured and beaten while in a Chinese prison.

"The physical and psychological effects of the brutal torture were devastating and lasted for years," the source continued on condition of anonymity.

Bagdro had also staged a solitary protest in front of the Chinese Consulate General in Sydney on 1 July 2022 to protest against the Chinese government's handling of the sentencing of well-known Tibetan writer Lhundup to four years imprisonment on unfair charges and framing for "inciting separatism".

"I was shocked and saddened by the news that Lama Jigme had passed away on Saturday afternoon at the age of 56 after a long illness at his relatives' home," said Tibetan writer and blogger Tsering Woser, who posted four photos of the late monk taken in 2020.

"I am extremely saddened by the news of the demise of Jigme Guri, a brave and strong voice of Tibet from the severely restricted area of the occupied country, who sacrificed himself and stood up for freedom and human rights under the brutal authoritarian communist regime of China," said Yeshe Choesang, a Tibetan living in exile.

"I take this opportunity to pay tribute to his enormous courage and mountainous bravery for his lifelong struggle not only for democratic freedoms and human rights but also for the survival of Tibet's national identity and cultural and linguistic integrity," Choesang added.

The Tibetan scholar from Labrang Monastery was detained by police on 20 August 2011, and locals expressed serious fears for his well-being, as this was his fourth detention.  He was first apprehended in 2006 after attending the Kalachakra initiation given by His Holiness the Dalai Lama in India.

Following his release from previous detention, Jigme Guri recorded a video testimony in Tibet about the discriminatory treatments and acts of torture in prison, which has been circulated on YouTube.

"I, as a witness to the truth, tell through the media the stories of those Tibetans who have been killed and who have been tortured in prisons," he said in his video.

"Countless people who have been forced to flee to the mountains and who are too afraid to return to their own homes for the media to report these situations truthfully," he added.

Following his arrest in 2011, his whereabouts and the reasons for his arrest were not known. The Geneva-based Office of the United Nations High Commissioner for Human Rights was also informed of his previously experienced torture and has been alarmed about his arbitrary arrest and disappearance, but has not succeeded in taking any action.

Jigme Guri also known as Jigme Gyatso, was born into a farming family in Lhutang village, near Sangchu County, Kanlho district, Amdho province, northeastern Tibet. After being previously detained in 2006, 2008 and 2010, the monk was detained again in 2011 and handed a five-year prison sentence by the Kanalho Intermediate People's Court on charges of "splitting the nation".