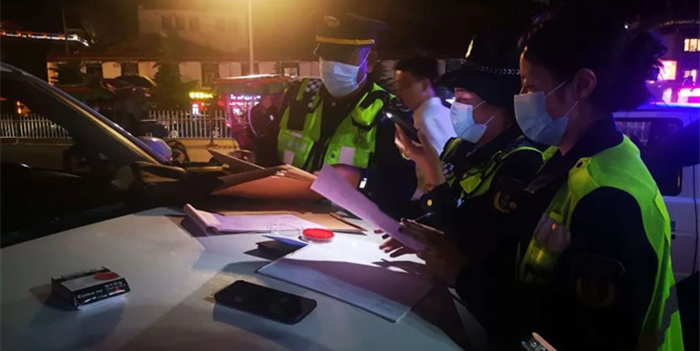 Chinese authorities are checking cars on the roads in Tibet. Photo: file

Dharamshala — The Chinese authorities have tightened restrictions on Tibetans on the occasion of His Holiness the Dalai Lama's birthday on July 6, 2022. The authorities placed an observer in every 20 houses to check whether people were making Sangso and praying in their homes and ringing bells in the houses.

According to sources in Tibet, the Chinese authorities have tightened restrictions on Tibetans in Karze regions of Kham and throughout Tibet, including banning the displaying of pictures of His Holiness the Dalai Lama in homes, making Sangso (offerings of incense smoke) and praying in homes. The Chinese authorities placed an observer in every 20 houses to check whether people were making Sangso and praying in their homes and ringing bells in the houses.

"The Chinese authorities ordered Tibetans not to pray in their homes, not to do chanting, not to make Sangso, not to ring bells in their homes, and placed an observer in every 20 households. If these things happen, Tibetans will be arrested," a Tibetan from Tibet told Tibet Post International.

Another Tibetan said, "Such orders and warnings are a regular occurrence for Tibetans and we have to be very careful that our actions and behaviour are monitored at all times."

Tibetans are not allowed to hold a summer picnic on the meadow, which Tibetans usually do, including a group fair, a horse race, or building tents on the meadow before and during the birthday of His Holiness the Dalai Lama.

The Chinese authorities also checked Tibetans on their movements from city to city very carefully, and randomly checked their mobile phones to see if they had any pictures of their exiled Tibetan spiritual leader, His Holiness the Dalai Lama. If they find these photos, they will be arrested and sentenced to years in prison, as the Chinese government is trying to destroy the connection and faith between the Tibetans inside and His Holiness the Dalai Lama.

"Tibetans, who are educated and trying to preserve the Tibetan language and identity, many of them have been arrested in recent years and even those who have been released from Chinese prisons, and those who are silently working for Tibet, the authorities make life difficult for them and continue to harass them again and again," said a Tibetan living in exile, citing information in Tibet.