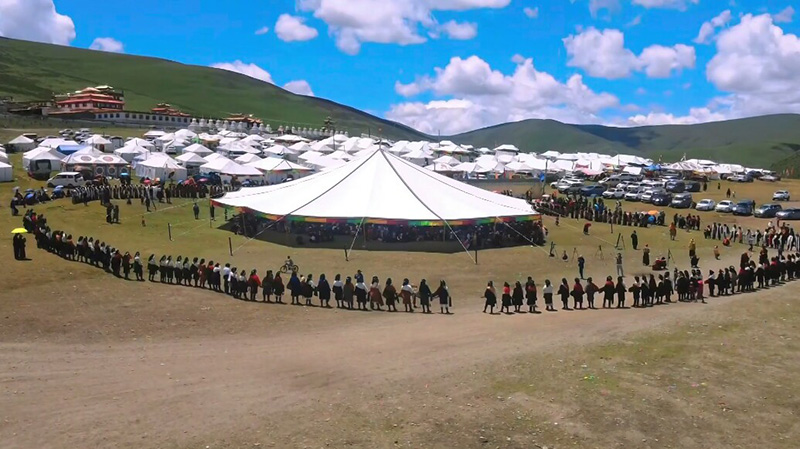 Dharamshala, India — The Chinese authorities in Thangkar Ma, Ngachu Ka, in eastern Tibet are allowing the local Tibetan people to hold one of the biggest summer festivals in the region, after banning it for nearly 20 years, in order to welcome and propagate the 20th National Congress of the Chinese Communist Party (CCP) (the "20th National Congress") in the coming month, 2022.

The Summer Festival or Horse Festival is one of the biggest summer festivities in many places in Tibet, including Ngachu Ka and Lithang in the Kham region of Tibet. The Thangkar Ma Summer Festival has a long history, dating back to before the Chinese occupation of Tibet. It was a gathering of three towns and six villages with thousands of people, where people danced, raced horses, and performed traditional Tibetan plays, and where the leaders of the towns and villages met to discuss the welfare of the Tibetan community. But China banned it after two brave women openly protested against the Chinese authorities during the region's summer festival.

TPI has learned that after a closure of nearly two decades, the local Chinese authorities are allowing Tibetans to hold the summer festival in ThangKar Ma this year, from July 27 to August 2, 2022. But it is not that the Chinese authorities are giving Tibetans the freedom to have this rare opportunity to hold a summer festival, but they do have a purpose behind this festival, with one of the Chinese social media outlets posting that, this summer festival is welcoming the 20th National Congress of the Chinese Communist Party (CCP) (the "20th National Congress") in the coming month, 2022. 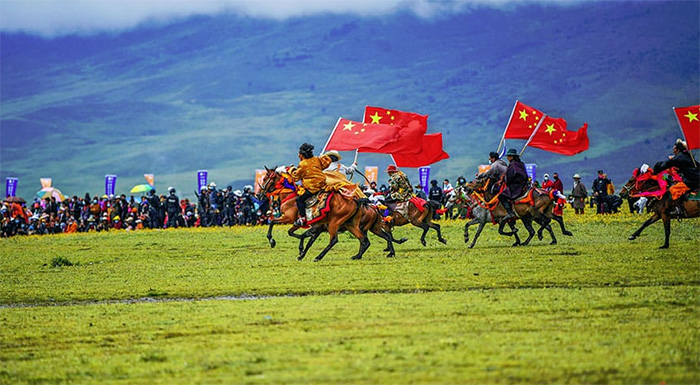 This is the first time, after almost two decades, that this festival has allowed this large gathering in front of Kham Nalanda Tegchen Jachu Choling (ཁམས་ན་ལེནྡྲ་ཐེག་ཆེན་བྱང་ཆུབ་ཆོས་གླིང་།), the monastery of the late Tulku Tenzin Delek Rinpoche, a highly respected Tibetan spiritual master and one of Tibet's most prominent political prisoners, who reportedly died on July 12, 2015, during his 20-year imprisonment in Chengdu Chinese jail. 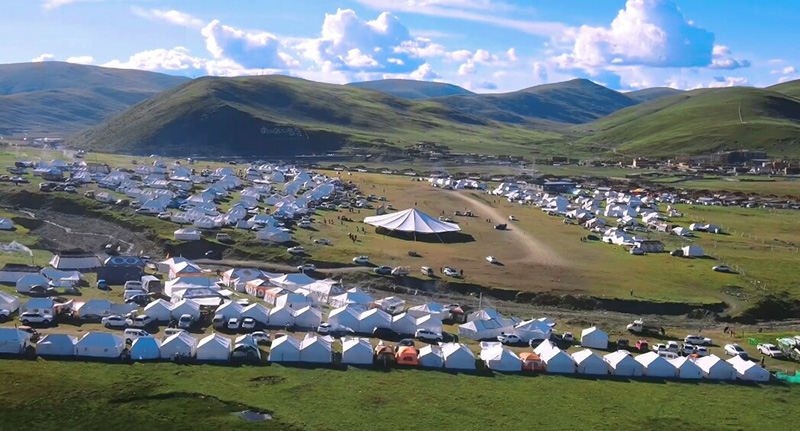 “What is strange is that the Chinese in Lithang have not allowed Tibetans to hold a summer picnic on the grassland, which Tibetans usually do, including a fair, horse racing or tent building on the grassland before and during the birthday of His Holiness the Dalai Lama, on July 6, 2022, but after the birthday celebration, China allows a large number of people to gather for summer festivals in Ngachu Ka and Lithang County, in the Kham region of Tibet,” the source said.

"The Chinese authorities have ordered Tibetans not to pray in their homes, not to do chanting, not to do Sangso, not to ring bells in their homes, before and during the birthday of His Holiness the Dalai Lama on July 6, 2022, and have placed an observer in every 20 homes. If such things happen, Tibetans will be arrested," a Tibetan from Tibet told TPI on July 13, 2022.

Lithang and Ngachu Ka are home for Tenzin Delek Rinpoche, Rinpoche had worked to protect Tibetan culture and religion from the onslaught of repressive Chinese policies. He had also strived to safeguard Tibet's fragile environment by advocating against illegal mining and pollution of Tibetan river waters.

In 2002, in what was claimed to be a politically motivated charge, Rinpoche was arrested by Chinese authorities for his alleged involvement in a bomb blast that occurred in Chengdu city. The real reason for his arrest by Chinese authorities, however, is believed to be his growing popularity among the public and his staunch loyalty to His Holiness the Dalai Lama. He was sentenced to death with a two-year reprieve on December 2, 2002. This charge was laid irrespective of the fact that Rinpoche had proved his innocence against all the Chinese allegations.

Tenzin Delek Rinpoche, the highly respected Tibetan spiritual teacher and one of the most prominent Tibetan political prisoners, reportedly died on July 12, 2015, during his twenty-year incarceration in a Chinese prison.