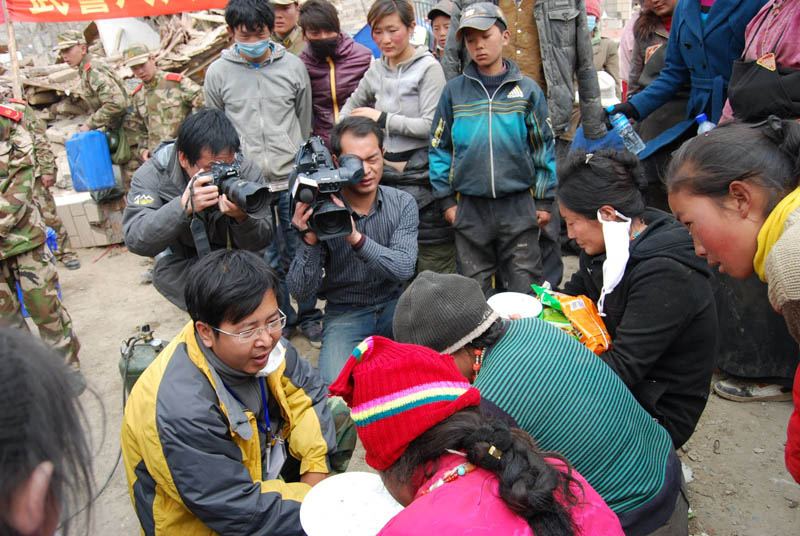 The School consists of three campuses where 400 girls attend. Students of the school were eating they're breakfast when the 6.9 earthquake hit. So far twenty students have been rescued from the rubble while another 30 students are confirmed dead.

The voices of classmates can still be heard underneath the rubble, even 2 days after the Earthquake.

When a friend and classmate of two students was pulled free from the dormitory that was hit hardest and was confirmed dead, the two girls said through tears, that when the earthquake hit at 5.00 am, the teachers who were responsible for the dormitory did not turn up to either help or assist the students and that if they had, the deaths of their classmates could have been avoided.

Another student from the same dormitory said she knows of two more confirmed deaths to add to the thirty and that, there are many more that are deceased and seriously injured.