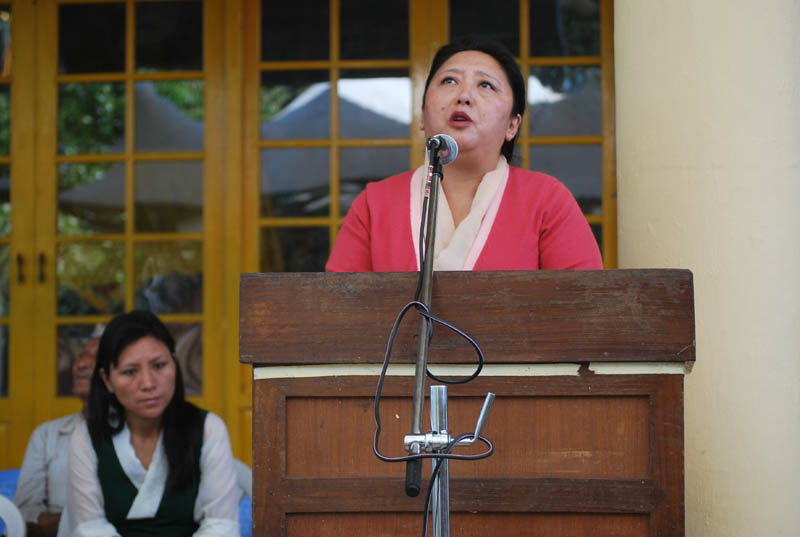 Dharamshala: - A coalition of five Tibetan NGO's has issued a press statement demanding China to provide evidence on the whereabouts of the 11th Panchen Lama, Gedhun Choekyi Nyima. The NGO's state that they will begin collecting signature petitions calling Chinese authorities to disclose information on the Panchen Lama's existence. The statement came on the Panchen Lama's 22nd birthday, April 25, as one of many protests among exiled Tibetans on the situation of the missing Panchen Lama.

According to the statement the Chinese-appointed Governor of the so called Tibet Autonomous Region (TAR), Padma Choling, in March 2010 told reporters that "Gedhun Choekyi Nyima and his family are now living a good life as ordinary citizens in Tibet".

To this remark Chime Yungdung, President of National Democratic Party of Tibet, comments that; "After 16 years, Gedhun Choekyi Nyima is still nowhere to be found (...) We demand the Chinese leaders to provide evidence of his whereabouts."

Several notable human rights institutions have voiced concerns over the matter of his disappearance including the UN Committee Against Torture, the UN Committee on the Rights of the Child and the Special Rapporteur on Freedom of Religion or Belief.

Tenzin Choedon, National Director of Students for a Free Tibet said that; "China has violated the International Convention for the Protection of All Persons from Enforced Disappearance" and concluded; "We urge the International community to hold China accountable and pressurize them for the immediate release of Gedhun Choekyi Nyima".

Other protests on the issue of the missing Panchen Lama include US based Rinpo Lama's 3 day long pilgrimmage of prostrations from the State's Capitol in St. Paul to the Gyuto Monastery in Minnesota, a bicycle ride protest from downtown San Francisco to the Golden Gate bridge, as well as a candle light vigil in Salt Lake City also in the US.

The signature petition in Dharamshala was announced at the Tibetan Main Temple and coordinated by the International Tibet Network who also set up the related internet campaign http://www.freepanchenlama.org.