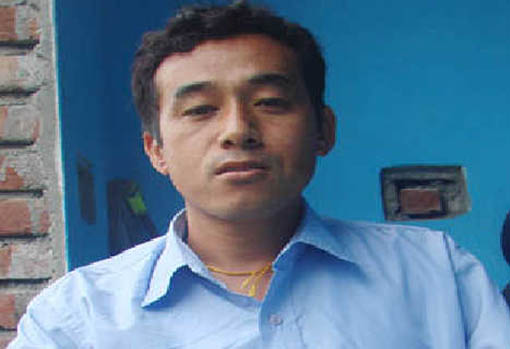 Dharamshala: - Mr Sonam Dorjee, aged 32, has been elected as the new Tibetan settlement officer of Dharamsala and he is slated to take charge on 22 August for a three-year term.

Speaking to TibetNet, the Tibetan settlement officer-elect spoke about his priorities to set in motion an all-round improvement in administrative, social, health and welfare spheres.

He said Dharamsala as a scattered community has a sizable number of Tibetans who might be not in the record of the welfare office. Considering the strategic significance of Dharamsala as the seat of His Holiness the Dalai Lama and His Holiness' security, he said he would conduct a detailed study to keep records of those Tibetans.

Advancing and strengthening the existing cordial relationship between Tibetans and local Indian community is one of his foremost priorities.

Describing the lack of awareness about the Indian law on the part of some Tibetans as the main cause of minor problems, he said this would be tackled by educating them through workshops once in a month or two.

"We will take suggestions from the members of both communities during our frequent meetings to foster peace and harmony in Dharamsala," he added.

He also spoke about his plans to create conditions to prevent the problems of drug addiction and unemployment among the youths.

He said he would conduct thorough reassessment of the welfare schemes provided to the poor and needy Tibetans to ensure that the help reaches to those in real need of help.

Born on 21 July 1979, Sonam Dorjee did his schooling from TCV at Pathlikuhl and upper Dharamsala. He studied two-year Diploma in Computer Application from SOS VTC Selakui, Dehradun in year 2003 and a 3-month Diploma in Personality Development and Communication Skill.

He was actively involved in social service, as he worked mostly prominently as the Health Project Officer for Tong-len Charity for from 2008 to 2010. Tong-Len Charity helps displaced communities in North India achieve a secure and sustainable future by addressing the root causes of their poverty and ill-health through a range of education and health-based projects.

He also served as the general secretary of the Indo-Tibetan Friendship Association in Dharamsala from November 2010 till date.