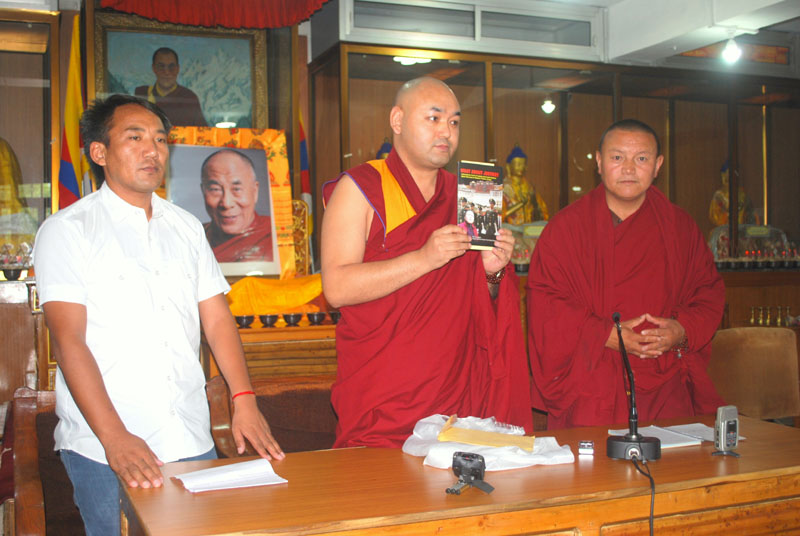 Dharamsala: The book, 'What about Justice?' was launched Tse Khang Hall on the morning of 2nd June. It is authored by former political prisoner Ven Bagdro. The main chief guests were Deputy Speaker, Khenpo Sonam Tenphel and the history professor of Sara Institution. Members of important organizations and NGOs were also present.

First, Bagdro spoke about hoe the Tibetan issue is misinterpreted and falsified by the Chinese Government.  Even First World countries are not taking action with respect to the Tibetan cause. He said that he wrote the book to tell the people what had really happened in Tibet because people easily forget what has happened and he wanted to make sure that the history of Tibet is remembered.

'What About Justice' explores the Chinese cultural, religious and political repression in Tibet, the various methods used by the Chinese to cover up the true situation in Tibetan areas, the role of International organizations and it also includes rare photographs and the will of Jampal Yeshe who self immolated at delhi in early 2012. Heartfelt and deeply emotional, the book echoes the feelings of many Tibetans who feel helpless at the situation in Tibet today.

Bagdro who does not have any sponsors is self publishing his book. A friend of his gave him a 100 pounds and he has used all the money to print and launch the book.

He plans to go to all the 50 Embassies in Delhi, send the book to International court of Justice as well as the United Nations. He said that he had not come to India to study or to start a new life. During his imprisonment, some political prisoners gave him 1500 in cash and they asked him to give their message regarding the reality of the Tibetan issue to the Dalai Lama.

It is said that the Chinese Government had forced his parents to go to Nepal and bring back their son to Tibet. So his parents called him again and again, to urge him to come back with them, as they were in Nepal. But he said that he belonged to a larger family of Tibetans and was working for their good and he could not go back until his work was done.

The Deputy Speaker, Khenpo Sonam Tenphel, commended Ven Bagdro for publishing the book and also noted that Bagdro was born in Tibet and he knew the true suffering of people in Tibet.