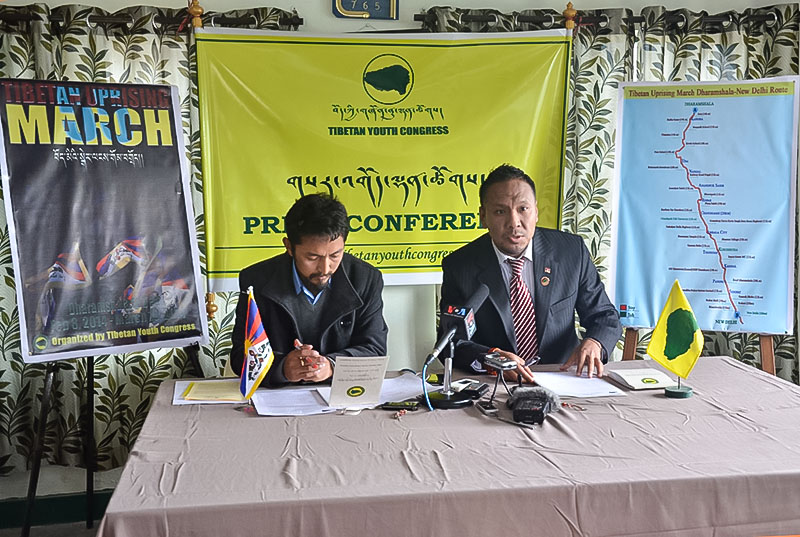 Dharamshala: - In order to raise awareness about the current critical situation in Tibet, Tibetan Youth Congress (TYC), the largest Tibetan youth group in exile Thursday declared that they will organise a long peace walk "Tibetan Uprising March' from Dharamshala to Delhi, the capital of India.

"Consequently, there have been 125 known cases of self-immolations on the plateau. These brave men and women who set themselves on fire have called for the 'Return of the Dalai Lama to Tibet', 'Independence for Tibet' and 'Freedom in Tibet' etc," TYC said in their statement.

"However, instead of addressing the demands of these courageous Tibetans, the Chinese government has tightened its control over Tibet and vehemently criticizes the Tibetan spiritual teacher His Holiness the Dalai Lama. It has also stepped up its propaganda around the world by pumping billions of dollars into mass media and other machineries," it stated.

In order to create awareness about the current critical situation in Tibet; the Tibetan youth group said it to "support the demands and aspirations of the self-immolators; and to show solidarity with Tibetans inside Tibet, the Tibetan Youth Congress will carry out Tibetan Uprising March from Dharamshala to Delhi. The peaceful march will start on 8 February from Dharamshala and end on 10 March 2014 in Delhi." 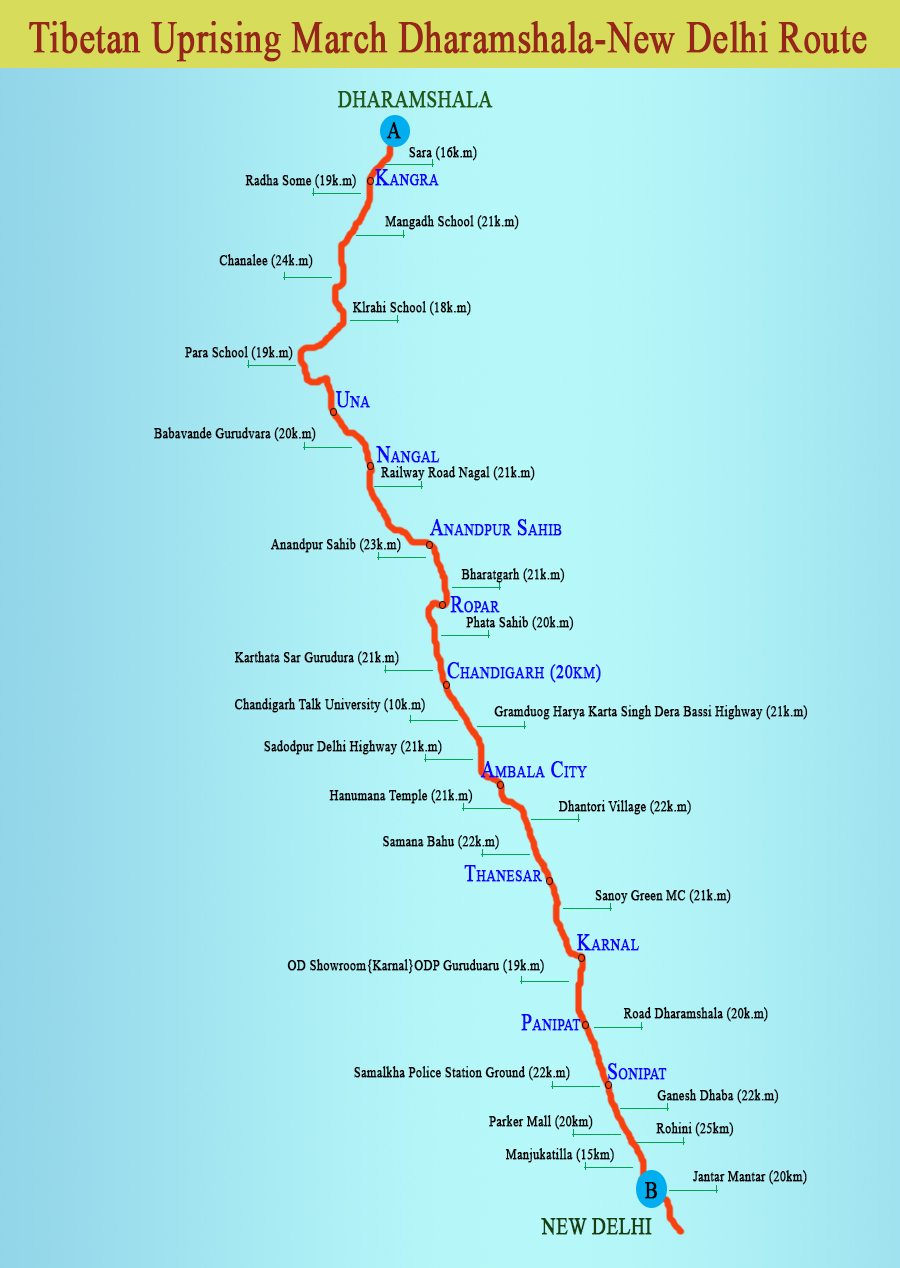 "10 March 2014 marks fifty-five years since the Tibetan people's uprising against the occupying Chinese forces in Lhasa in 1959. The 55 marchers – each marcher representing a dark and painful year under Chinese rule – will cover a distance of about 600 kms in a month," TYC further added.

Over last 44 years since its inception, the group said it "has initiated numerous campaigns, marches, appeals and other activities to highlight the worsening human rights situation in Tibet and other crucial issues. We have made many appeals to the UN and other international bodies about the issue of Tibet urging their support for freedom and independence."

"The statement added: "At the completion of this uprising march, the TYC will present a memorandum with a set of five demands to the Chinese Embassy in New Delhi and submit appeals to the UN and embassies of other countries to support our demands."

"If the Chinese government fails to bring out any practical solutions to our demands, the TYC pledges that there will be renewed efforts to expose China's misrule in Tibet. We also urge other nations to support and pressure China to respect the wishes and demands of the Tibetan people as we believe that it is a global responsibility to solve the Tibet issue," they told reporters at the press conference.

TYC will continue to carry out campaigns to urge the United Nations to press China to cease its brutal policies in Tibet and call upon the UN to support the basic rights of the Tibetan people and aspirations for freedom as well as step up its pressure on the Chinese government.

Five demands of the Tibetan Uprising March are as follow:

The organisers said "the March will conclude on March 10 in Delhi but until the Tibet issue is resolved and our demands are met, Tibetan Youth Congress vows to continue its campaigns in various phases for truth and justice."