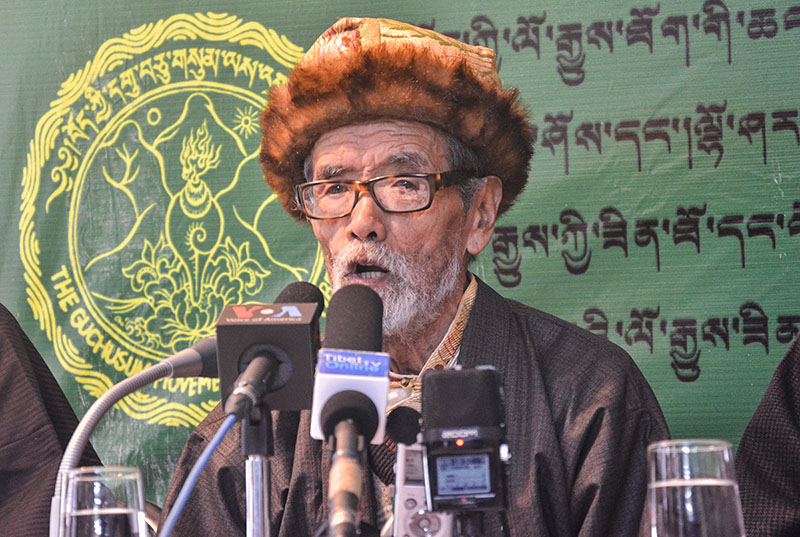 "Personally, having read about the sacrifices made by him with unwavering determination in the Tibetan freedom struggle, I applaud his contribution to the just cause of Tibet. He is a shining example of Tibetan freedom fighter. Through him, I pay my respect to all the former political prisoners and those who are suffering under the Chinese occupation of Tibet," Sikyong Dr. Lobsang Sangay told Tibetan civil servants on 23 Jauary during a gathering in Dharamshala.

"I feel honoured to launch the biography of Takna Jigme Sangpo. Since my time as an activist during my college years in Delhi, I have heard of Takna Jigme Sangpo's incarceration in Drapchi Prison and drawn inspiration from his heroic activism," Dr Sangay said at the book release function.

"Even from within the prison, Takna Jigme Sangpo has undertaken various political activities. One significant protest was during the visit of Swiss human rights officials to Drapchi in 1992, when Takna Jigme Sangpo raised slogans of Tibetan freedom, before he was subdued by Chinese officials," Sikyong said.

"Takna Jigme Sangpo, the longest serving Tibetan political prisoner, is an enduring example of Tibetan freedom fighter. Through him, I pay my respect to all the former political prisoners and those suffering under the Chinese occupation of Tibet," Sikyong Dr. Lobsang Sangay said. 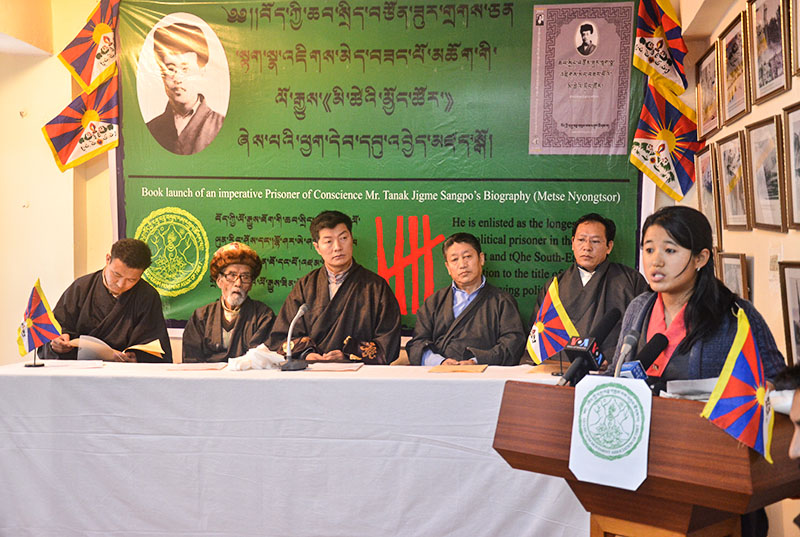 Sikyong Dr Lobsang Sangay also recommended that this book be translated to English and other languages as well, to make Takna Jigme's sacrifices more relevant to the younger generations.

Takna Jigme Sangpo, in his address, spoke about three reasons for releasing his biography. He noted that one of the most significant reasons was His Holiness the Dalai Lama's speech on the 28th anniversary of Tibetan uprising day.

"In that speech, His Holiness has urged older generation of Tibetans to put their experiences in writing. If you don't record the sacrifices and sufferings, there is a chance that your sacrifices might gradually fade into oblivion," Takna Jigme Sangpo recalled His Holiness as saying in that speech.

He also noted former Kalon Tripa Prof. Samdhong Rinpoche and Kalon Dongchung Ngodup for their encouragement to release his biography.

"A project in which we have proposed for writing 23 biographies of former political prisoners and today's biography is the 21st of them. We have exceptional role models like Takna Jigme Sangpo who served his 32-years of horrendous and heartrending imprisonment in distinct prisons with deprivation of civil and political rights and five years in arduous Reform through Labour camps," said Mr Pasang Tsering, President of Gu-Chu-Sum movement of Tibet.

Mr Tsering said that "the charge against him was; "spreading and inciting counter-revolutionary propaganda", which means a simple thing, demand of freedom and forthright expression of one's loyalty towards His Holiness the Dalai lama. He is enlisted as the longest serving political prisoner of Tibet and South-East Asia in addition to the title of third longest serving political prisoner of the world."

"He is a man who has seen the invasion, lived under the regime, and studied it closely; and accordingly chose to stand with heavy fist against it. He was drilled with unimaginable pain to break his spirit, his love for a free Tibet yet here he is; standing so strong, holding the same if not more passion for this nation," he added.

The book launch function also attended by Kalon Dongchung Ngodup of the Department of Security, Mr. Jamyang Soepa, member of Tibetan Parliament and members of the Tibetan media in exile.

Takna was released from prison in March 2002 after serving 20 years of a 28 year sentence. He had spent the majority of the previous 40 years in prison for political activities and peaceful protest. His sentence was extended after he shouted slogans calling for Tibetan freedom during a visit to his prison by a Swiss delegation in 1991. His release followed a long international campaign by Tibet organisations and human rights groups. Takna is now 86 and is currently living in Switzerland.