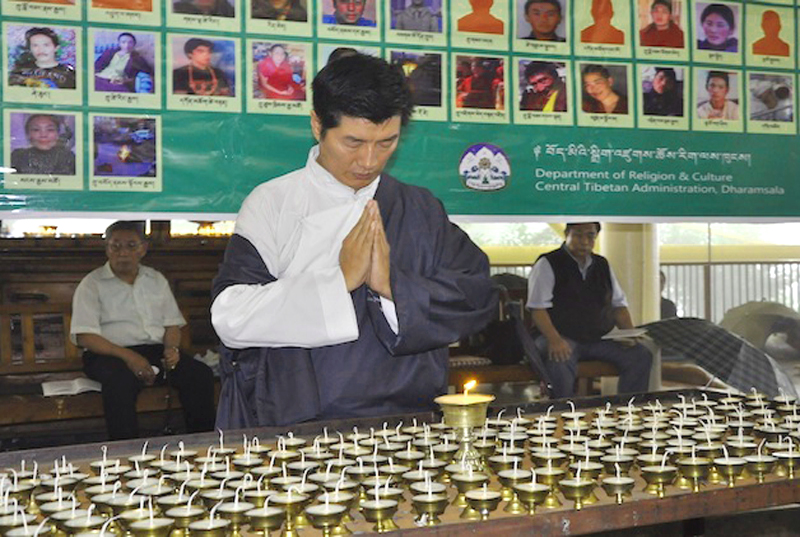 Dharamshala — A spiritual prayer event was held to mark the 4th anniversary of devolution of political authority by His Holiness the Dalai Lama, at the main Tibetan temple in Dharamshala, India, August 8, 2015. During the occasion, 141 butter lamps were lit, followed by a grand prayer service.

"Today is the third such prayer service that is being held for the self-immolators," Sikyong Dr Lobsang Sangay said, while addressing the prayer gathering for Tibetans who have sacrificed their lives for the cause of Tibet.

"Usually, we hold prayer service for only those who have died in their self-immolation protests. However, we pray for the entire self-immolators and their family members on 8 August, irrespective of whether they have died or survived to honour their sacrifice."

The event was attended by over a thousand Tibetans, including top officials of the Central Tibetan Administration. It was organised by the Department of Religion and Culture of the Central and presided over by Thomtok Rinpoche, abbot of Namgyal monastery.

The prayer service was held to express solidarity with the departed souls of the Tibetan self-immolators, Tibetan political prisoners and those who continue to languish under the repressive measures of the Chinese government.

Sikyong also underlined the importance of reflecting on the sacrifices of the Tibetans inside Tibet particularly the self-immolators and urged everyone to derive inspiration from them to work even harder for the Tibetan cause.

"The self-immolation protest inside Tibet against the Chinese government kept on escalating since 2009. Over the years, I have repeatedly said that the list of the Tibetan self-immolators should not become just a number," Dr Sangay said.

"Even then, the total number of self-immolation has now reached 141," Sikyong said, adding that "at least six Tibetans have died after setting themselves on fire this year alone." 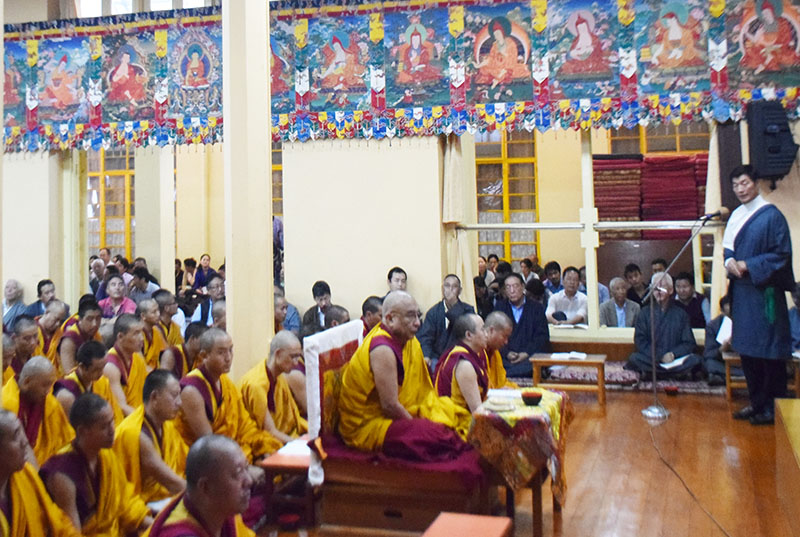 "I took the oath of Kalon Tripa on August 8, 2011 after the complete devolution of political authority by His Holiness the Dalai Lama. Since then, every year on August 8, on the anniversary of the devolution, we have organised a grand prayer service in honour of the Tibetan self-immolators."

When speaking about the growing international support for the just cause of Tibet, Dr Sangay spoke about the recent resolutions of support for Tibet passed in the US Senate and the House of Representatives.

The Tibetan political leader also talked about the remarks made by Mr. Donald Tusk, President of the European Council who called on China to resume dialogue with Representatives of His Holiness the Dalai Lama to resolve the Tibet issue.

"Our fervent prayers are with all the 141 self-immolators and we'll endeavor to make sure that their sacrifice do not go to waste," Sikyong said after lighting a butter lamps.