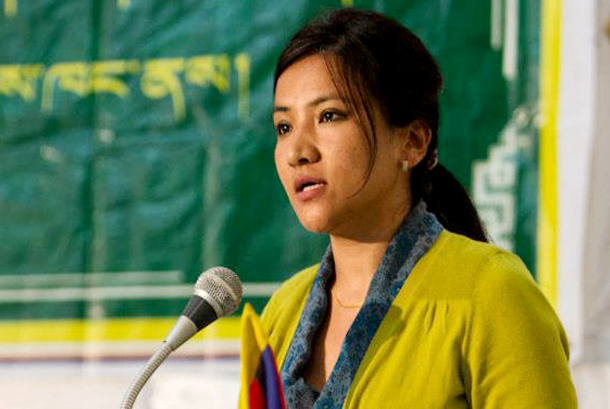 Dharamshala — Sharling Dhardon, the newly appointed Kalon of DIIR falls short of the age criterion by few months. Sikyong Dr Lobsang Sangay on Friday, June 3, on the third day of the session had to withdraw her name from the nomination for the mentioned post as she is 3 months short from being 35 which is the minimum requirement for the qualification of the candidates as specified in the exile government charter's Article 21 (3).

Sikyong apologized to the house on the mistake and assured that it arose purely out of an unintentional ignorance. He said "The process of selecting Kalon is done secretly during which I approached each of them on Monday morning, the concerned Kalon on inquiry told me that she was born in 1981 which if calculated amounts to 35 years of age. Of course she had not noticed that she was ineligible by a few months. Therefore, I apologize to the parliament and assure that it was not an attempt to deceive anyone. Kindly consider the withdrawal of the Kalon from the cabinet".

In her Facebook post, Dhardon said "I would like to express sincere gratitude to Honorable Sikyong Dr Lobsang Sangay for withdrawing my nomination as Kalon on the ground of minimum age requirement for a Kalon candidate. I respect the Tibetan Charter and truly believe that no one is above the law. I admire the professionalism and the unbiased manner in which the deliberation process was conducted today in the Parliament. I remain firmly committed to serving His Holiness the Dalai Lama, the Tibetan people and the Central Tibetan Administration in any capacity and doing my best in realizing our hopes of freedom in Tibet. I want to thank Sikyong Dr Lobsang Sangay once again for placing his faith in me".

Despite the inevitable withdrawal, her popularity can be felt by people's widespread support on the social media with some also opining that she deserves the position because of her experience and expertise in the related field. She also received the maximum votes in the parliamentary elections, making her as the most favorable candidature.