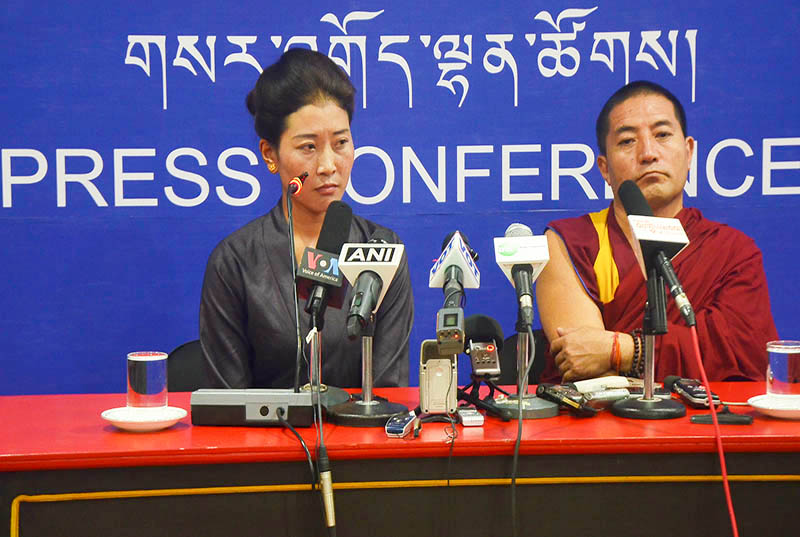 Dharamshala — The niece of a prominent Tibetan religious leader Nyima Lhamo said that her family believes Trulku Tenzin Delek died as a result of torture in Chinese prison and not from a heart attack as the Chinese government had claimed.

Nyima Lhamo, 26, arrived in Dharamshala on July 24, where the headquarters of the Central Tibetan Administration based.

Speaking at a press conference in Dharamshala, India, on July 28, she said that her fight for justice will continue. Nyima said that her uncle told her mother during prison visits that he was repeatedly and severely beaten and asked to demonstrate his religious powers by the Chinese police officials.

The family was informed of the Rinpoche's death in July last year and only allowed to see the body after Nyima tied a ceremonial Tibetan scarf to the bars of the prison gate and tried to hang herself.

Nyima and her mother were only given a few moments with Rinpoche's body. But other monks in prison, who had dressed his body in monks' robes and laid it on a platform, told them that his nails were black and he had a deep hollow behind his head. Nyima said her uncle's lips had also turned black.

She said she made the difficult decision to leave her aging mother and 6-year-old daughter behind to tell her uncle's story to the world. "We don't trust what China is telling us and demand a thorough investigation into his death," she added.

Rinpoche's niece, Nyima Lhamo, and her mother, Dolkar Lhamo, were briefly detained after the Tibetan monk's death, in 2015.

Tenzin Delek Rinpoche was a popular senior monk from Litang in Lithang County. He was known for his activism for the wellbeing of Tibetans and the environment and his work with schools and orphanages and recognised by Tibetan Buddhists as a reincarnate monk.

The monk was one of the most high-profile Tibetan political prisoners before his death, aged 65, on 12 July 2015. He was serving a 20-year sentence after for his alleged involvement in a bomb explosion in Chengdu, the capital of China's Sichuan Province, in 2002. No evidence of his involvement was ever produced.

Governments and campaign groups condemned Rinpoche's imprisonment and, when news spread that he was suffering from ill-health, also began to call for his release through medical parole.

On 2 July 2015, family members were suddenly invited to visit him, but on arrival in Chengdu they were repeatedly denied access to the prison. On 12 July, they were informed by authorities that he had died.