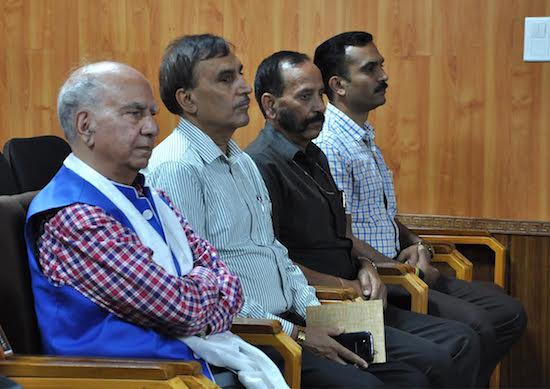 In the letter, he said: “I am honored to have got the opportunity to witness the proceedings of the Tibetan Parliament on 28 September. I am also very impressed with the efficient and effective functioning of the parliamentary procedures.”

“The proceedings were calm, dignified and very disciplined. There weren’t any violent display of emotions and resistance as is often the case in parliaments in other parts of India,” he said.

“Even after staying such a long time away from Tibet, the Tibetan administration and the Tibetan Parliament are functioning effectively and doing its job successfully. It is itself a very noteworthy achievement,” he added.

“The Tibetan parliament is elected through a vibrant democratic system and the credit of this successful democratic institution goes to the efforts of His Holiness the Dalai Lama and other Tibetan leaders,” he noted.