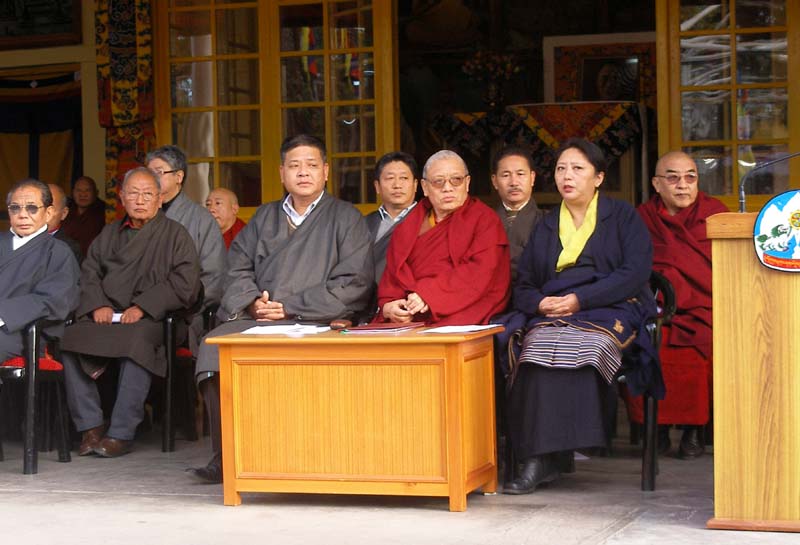 Today, a large ceremony was held at the main Tibetan temple in MCleod Ganj. The events honored Tibet's spiritual and political His Holiness the Dalai Lama's acceptance of the Nobel Peace Prize in 1989. Traditional Tibetan dances and songs were performed, and activists crowded the entrance, releasing many new books by Tibetan authors and petitioning for the release of political prisoners from China.

Ven Tsering Phuntsok, the acting prime minister of Tibetan government in-exile, read the speech of Tibetan cabinet (Kashag), "However, according to information that we have gathered till 27 October this year ? from March 2008 until today, 228 Tibetans have died under the crackdown, out of which we have names and other personal details of 118; 371 Tibetans were given jail sentences; 4657 Tibetans were either arrested or detained; 990 Tibetans have disappeared and 1294 were injured during the peaceful protests. Who knows how many others Tibetans were killed; jailed or are being tortured?" 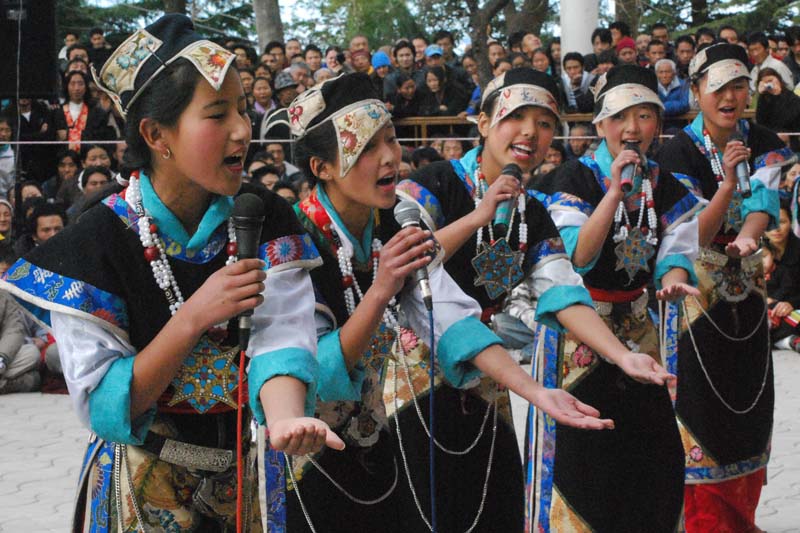 Mr Penpa Tsering, the speaker of Tibetan parliament in-exile on International Human Rights Day, has urged the international Human Rights groups and democratic nations to support the reality of the current problems inside Tibet. He said, "many young Tibetans who participated in last March peaceful protest in Tibet have been executed by Chinese authorities in October. We strongly against China's continuation of genocide, arrests, imprisonment, and brutal beatings in Tibet," he said.

As part of today's event, the Norwegian Tibet Committee has released the Tibetan version of the book - Forbidden Memories: Tibet during the Cultural Revolution - written by Tibetan female writer Woeser, who was born in Lhasa in 1966. 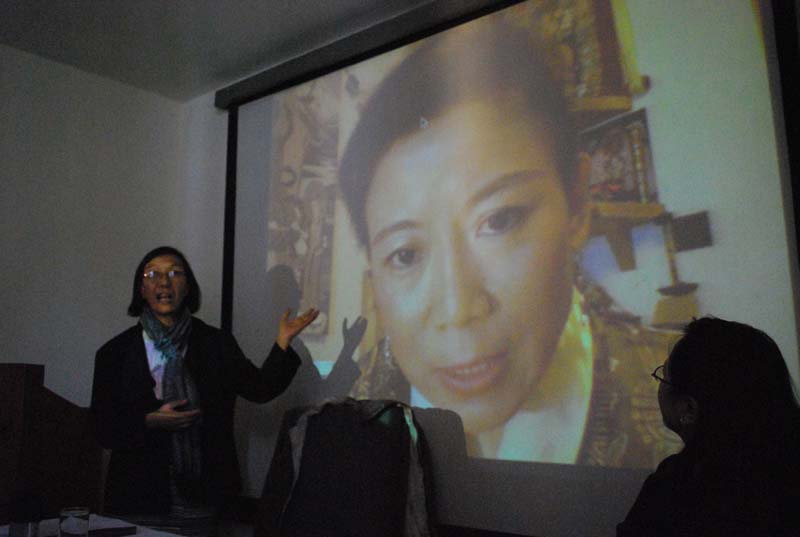 The book contains hundreds of photographs taken between 1966 and 1970 by Woeser's father, Tsering Dorjee. Drojee was a member of the People's Liberation Army stationed outside of Tibet after 1970. He died in 1991 in Tibet, leaving behind a collection of photos.
Woeser wrote that it was not until 1999 that she decided to rediscover the stories and memories hidden behind these photos.

The photos bear witness to the annihilation of Tibet's cultural heritage by Red Guards during the Cultural Revolution from 1966 to 1976.

After the official ceremony, a press conference held by the Department of Information and International Relations, the Tibetan government in exile, and Ms Chungdak Koren, managing director of the Norwegian Tibet Committee, briefed about the benefit of the historical book. Miss Tsetan Dolkar (RFA journalist), the translator of the book, spoke about how she felt as she was translating the book.

Tsering Woeser also thanked the Indian, foreign, and Tibetan media via skype-online for their interest and coverage her newly released book in the Tibetan language.