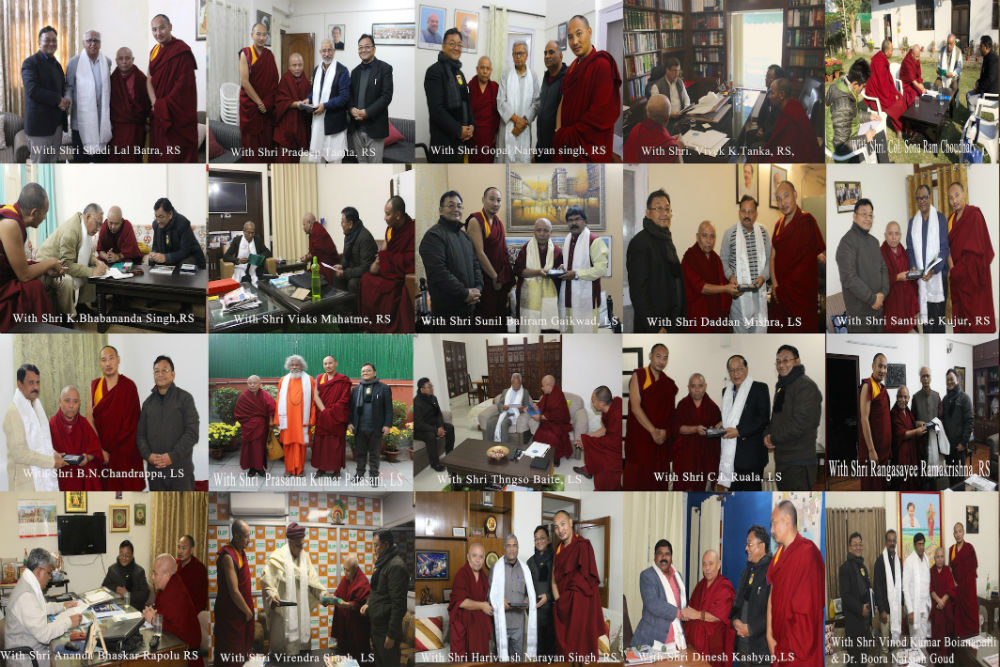 Dharamshala — "We deem it absolute necessary to reach out to these Parliamentarians and apprise them on Tibet and the Tibetan freedom struggle," a delegation from the Tibetan Parliament in-Exile (TPiE) said, calling upon Indian lawmakers as their Winter session proceeds in the capital city of India.

While updating the members on the current dire situations in Tibet and the ongoing Tibetan struggle in exile, the delegates urged the lawmakers to raise the issue of Tibet during the Parliamentary proceedings and bolster their support for Tibet on individual capacity and through their respective Political parties, according to a statement, which is posted on the official website of the Tibetan Parliament.

"During the entire campaign, the Indian leaders accorded a heart-warming reception to the Tibetan MPs. They expressed their utmost love and reverence for His Holiness the Dalai Lama and assured their strong support and solidarity for the Tibetan cause and pledge to do their utmost for Tibet,' it stated.

"They especially assured that they would discuss and deliberate on Tibet issues with their colleagues, Party leaders and the Government of India whenever opportunity arises," TPiE delegation said, adding: "The Indian lawmakers also earnestly lauded the undying spirit and commitment of the Tibetans inside Tibet and exile in carrying forward the Tibetan freedom struggle for over 60 years and admired the Tibetans for their moral values and simple dispositions."

The Indian lawmakers also urged the TPiE delegates to keep them updated of the Tibet situation and to call on at regular intervals in future. They earnestly offer their valuable guidance regarding the future course of actions for Tibet.

The Chinese Communist regime began their invasion of Tibet in 1949 with total occupation of the country occurring in 1959. Since that time, more than 1.2 million people, 20% of the nation's population of six million, have died as a direct result of China's invasion and occupation. In addition, over 99% of Tibet's six thousand religious monasteries, temples, and shrines, have been looted or decimated resulting in the destruction of hundreds of thousands of sacred Buddhist scriptures and statues.