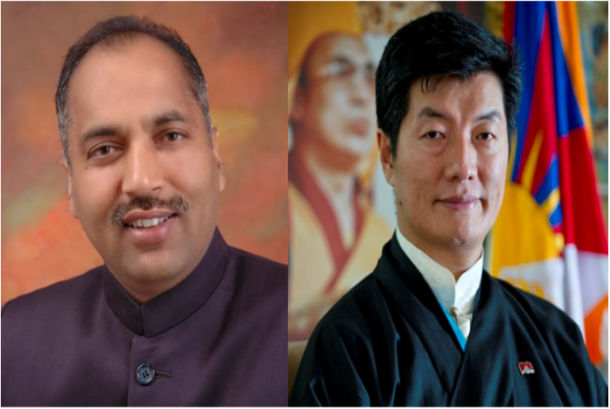 Dharamshala — President of the Central Tibetan Administration (CTA) Monday congratulated the new chief minister-designate of Himachal Pradesh, saying he is hopeful that under new CM's visionary leadership, the shared close bond of friendship based on love and harmony will be strengthened even further.

“On behalf of the Central Tibetan Administration, I heartily congratulate you for being designated as the new Chief Minister of Himachal Pradesh,” President Dr Lobsang Sangay said, according to his congratulations message to Jai Ram Thakur, posted on the CTA's official website on December 25, 2017.

????s the host of both His Holiness the Dalai Lama and the Central Tibetan Administration, Himachal Pradesh is extremely important for Tibetans across the world. The Tibetan people and the people of Himachal Pradesh share a close bond of friendship based on love and harmony. I am hopeful that under your visionary leadership, this bond will be strengthened even further.”

????s the leader of a refugee community, I am personally inspired to learn about your humble background, and how you have navigated through the twists and turns in life to achieve success and win the confidence of your constituents.”

“Moreover, as a politician with a clean image and strong grassroots connection, I am optimistic that you will exert extra effort to work for the people for an inclusive development of both the Tibetan and the Indian people in the state.”

“I wish you all the success in your endeavors and I look forward to working with you,” President Dr Sangay said.

Jai Ram Thakur, a MLA from Seraj in Mandi district, has been selected as the new chief minister of Himachal Pradesh. He will be sworn in as the chief minister on December 27 at a ceremony in the state capital. The swearing-in ceremony of the 5-time BJP MLA Thakur will take place at the historic Ridge Maidan in the presence of Prime Minister Narendra Modi. Home minister Rajnath Singh, BJP prez Amit Shah and several Union ministers will present at the ceremony. Ten ministers also took oath along with the 52-year-old Thakur.