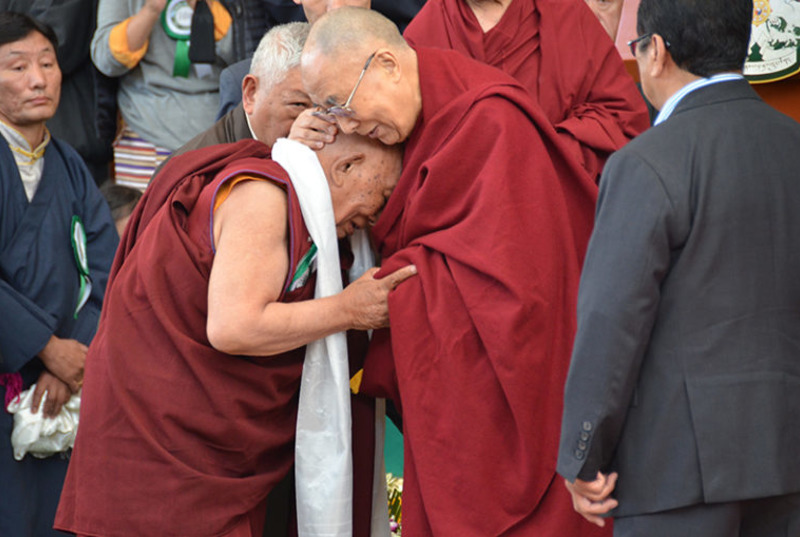 Dharamshala — Tibetan traditional medicine practitioner Dr. Yeshi Dhonden was conferred the prestigious Padma Shri award for his outstanding contribution in the field of medicine on January 26, in accordance with India’s 69th Republic Day.

The 90 year old Tibetan monk’s name was included among the 2018’s list of awardees released last week, of 85 honorees who received top civilian awards from the government of India. Dr. Yeshi Dhonden is well-known all over the world and especially in India for his expertise in Tibetan medicine practice. For over 20 years he had been a personal physician of His Holiness the Dalai Lama.

The 90-year old was the first director of Men-Tsee-Khang which was established at Chopra house in Dharamshala in 1961. He has treated patients from all over India and is especially well known for his cancer treatments.

Speaking to the media on the matter, Dr. Yeshi Dhonden said, “They have seen my work with their own eyes and so all I can say is thank you for the honor.

“The plan had always been to help others and follow the directions of His Holiness the Dalai Lama,” he said of his motivation for being in this profession for all these years.

“We congratulate his personal contribution and recognition of Tibetan medicine which is now increasingly being discovered and treasured by the international community for its healing prowess,” Tibetan President Dr Lobsang Sangay said, congratulating the renowned medical specialist.

Dr. Yeshi Dhonden was born in Tibet in 1927 and trained under the then physician of the 13th Dalai Lama prior to Tibet’s annexation in 1959 by China. After fleeing to India along with thousands of Tibetan refugees, Dr. Yeshi was one of the founding members of the Men-Tsee-Khang in exile, here in Dharamshala. He served as the Director of the institute until 1979 after it had been operating successfully in the Tibetan diaspora. Today, the Tibetan medicine is considered as a viable medicine treating thousands around the globe as well as a growing clientele.