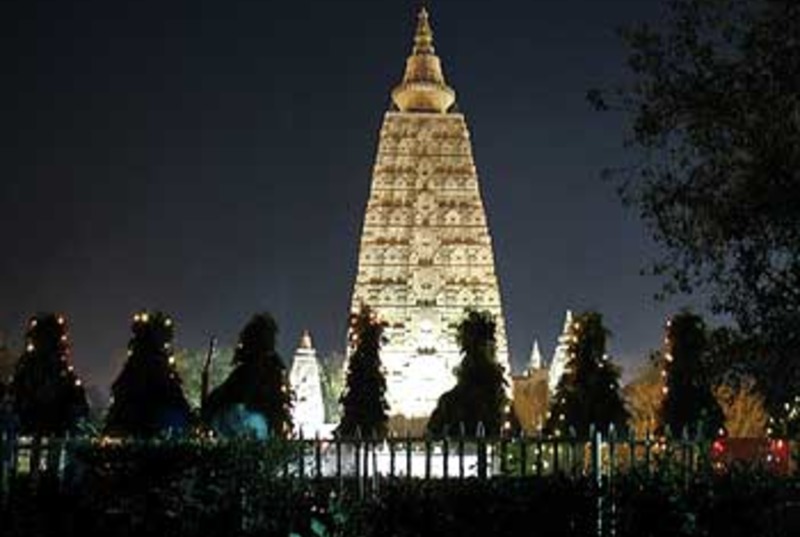 The bomb threat ensued on January 19 when two 7kg ammonium nitrate crude bomb were found near the gate number four of the main temple and the adjacent road leading to a Tibetan monastery by the local police after a low intensity blast took place around the same area.

The Indian intelligence suspects the involvement of the Jamaat-ul-Mujahideen Bangladesh (JMB) in planting the three improvised explosive devices (IED) in Bodhgaya, with the apparent intent to kill Buddhist monks and foreigners present in Bodhgaya to listen to the teachings of Buddhist spiritual leader the Dalai Lama. Agencies have also speculated if the failed terror attack was an attempt to avenge the atrocities on Rohingya Muslims in Myanmar by the Buddhists.

According to the Times of India, an officer involved in the investigation of the blast followed by recovery of two IEDs close to the Tibetan monastery on January 19 said it was the handiwork of JMB. The banned terror outfit backed by Pakistan's ISI has active cadres in West Bengal (WB) and Assam. It's several members are suspected to be hiding in West Bengal. The JMB has not been involved in any major terror attack in India.

The officer said the evidence strongly indicates JMB's involvement in the failed terror attack, as "A series of calls were made to some locations in West Bengal from Bodh Gaya just before and after planting the three IEDs," the officer said, adding, "Calls were made to locations known to Indian security agencies as covert bases of JMB operating in WB for the past several years."

Local police had previously stated they did not believe that His Holiness the Dalai Lama was the target of the attack, as the Indian daily Indian Express quoted a police source as saying, “The Dalai Lama does not appear to have been the target as he was not scheduled to cross the routes where the two bombs were placed. But Buddhists could have been the target. There is a heavy inflow of monks during evening prayer.”

He also said the technique used in making the three IEDs is far different from that by Indian Mujahideen (IM) in Bodhgaya and Patna in 2013 or other places in the country in the past.

JMB is said to have backing of Pakistan's ISI and has active cadres in West Bengal (WB) and Assam, as police sources claimed, "The JMB can be called an extended arm of terror outfit similar to Pakistan based groups like Lashkar-e-Taiba but operating in Bangladesh."

"It was JMB behind Holey Artisan Bakery attack in Dhaka where 24 persons, including Indian girl Tarishi Jain, had been killed. The JMB's two members killed while making explosives in Bardhaman (WB) in October 2014 were planning terror attacks in India and Bangladesh," said a source, adding the outfit has been attempting terror attacks in India for the last few years.

Indian intelligence agencies such as the national investigating agency (NIA) and the state police's anti-terrorism squad are continuing their investigations.