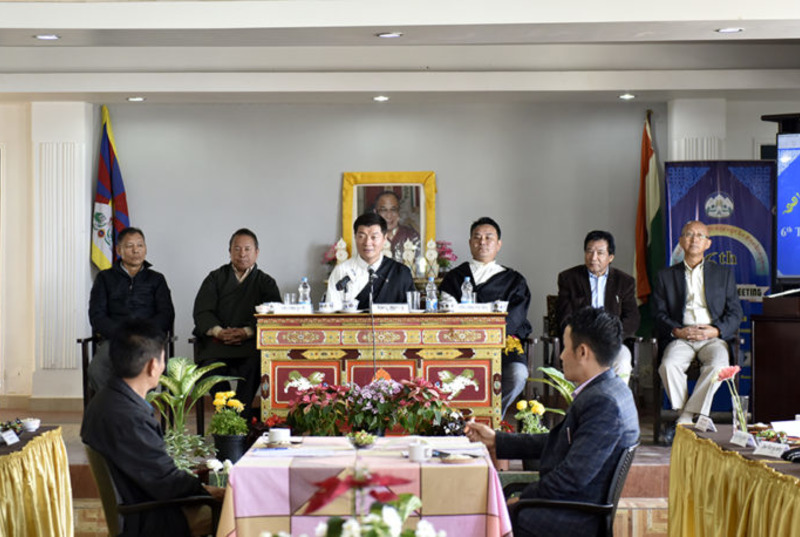 Thirty-five doctors from Delek Hospotal, Men tsee khang, and other local hospitals from Tibetan settlements were joined by local audience members and government representatives for the two day health review meeting to improve health care in the Tibetan community.

In his inaugural remarks, President Dr Lobsang Sangay announced that a budget of 8 million rupees has been sanctioned to revitalize infrastructure of Tibetan healthcare centers in settlements.

He highlighted the urgency to address the prevalent rate of certain chronic diseases in Tibetan community including Tuberculosis, Hepatitis B, HIV AIDS, cases of substance abuse, throat and esophagus cancer and mental health issues.

He further stressed on the importance to recognise and treat mental health issues in exile youth. Recreational facilities such as open gym, basket ball court and foot ball grounds and public libraries are in the pipeline and are aimed at encouragiong positive growth and capacity of the youth, he said.

“World Health Organisation’s definition of health as contained in its constitution states that Health is a state of complete physical, mental and social well-being and not merely the absence of disease or infirmity. This highlights the important aspects of mental health and social health,” the President said.

Kalon Choekyong Wangchuk, of the Department of Health, introduced the detailed agenda of the meeting, which includes the formulation of draft Health Policy Paper and addressing current status and prevention of Tuberculosis, Hep B, Throat and Esophagus Cancer, HIV Aids and Substance abuse.

“It will also devise programmes on how to educate the Tibetan people about precautionary methods and to maintain a sustainable healthy community,” Kalon added.

On top of its commitment to public health, Kalon avowed that professional growth and well-being of its medical officers and staff were top priority.

For two days, the medical professionals will hold intensive deliberation on ways to improve and strengthen the medical system and practices in both traditional Tibetan medicine and allopathy. They will also hold a comprehensive review of the reports of the Preventive Healthcare Committee and its implementations.