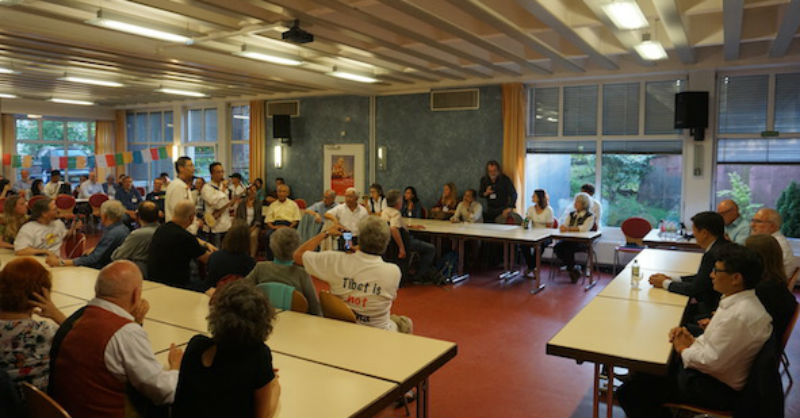 Berlin, Germany — While addressing to the Tibetan community based in Germany, President of the Central Tibetan Administration (CTA), Dr Lobsang Sangay, asked Tibetans in-exile not to forget the sacrifice made by people of Tibet, including the 152 Tibetans who self-immolated for a cause that all Tibetans are part of.

President Dr Sangay who is on a five-day Germany visit also urged the Tibetan community to “integrate but not assimilate” as he attributed the successful revival of the Tibetan culture and identity in exile to His Holiness the Dalai Lama’s untiring efforts.

National unity and preservation of identity were amongst the main topics touched during President Dr Lobsang Sangay’s interaction with the Tibetan community in Frankfurt and Berlin on May 12-13, 2018, according to Tenzin Lhakmon, Communication officer, Sikyong’s office.

The President also touched upon the various CTA's undertakings and also on the Tibetans inside Tibet. He further added that irrespective of the citizenship, the Tibetans living in exile must preserve their identity.

President Dr Sangay encouraged the younger generation to join administrative services of their adopted countries and highlighted the importance of having Tibetan representatives working in such administration. He further called for the importance of receiving good education in order to do so.

Speaking on CTA’s Five-Fifty vision, Dr Sangay informed the audience about the Five-Fifty Conference on Youth to be held in August 2018, and encouraged the Tibetan youth to take part in this conference.