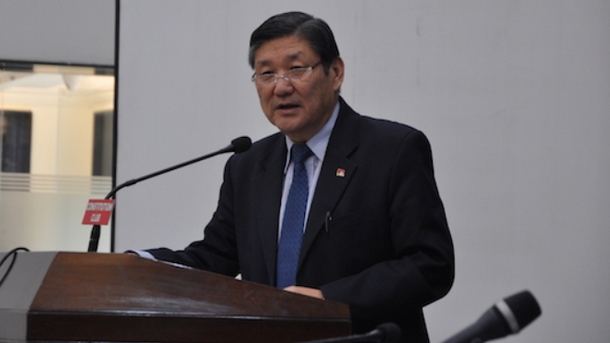 Dharamshala, India — An article published by the South Asian Monitor, an independent web journal and online resource not only a misrepresentation of facts but highly misleading and done with an ulterior motive to malign His Holiness the Dalai Lama’s image and also to delegitimize the the Central Tibetan Administration (CTA), said the Tibetan government in-Exile.

Apropos of the article ‘‘Differences between Dalai Lama and CTA president put Tibetan politics in a tailspin” (November 27) writen by Rajeev Sharma, published on Southasian Monitor, the CTA said it "finds the article not only a misrepresentation of facts but highly misleading and done with an ulterior motive to malign His Holiness the Dalai Lama’s image and also to delegitimize the CTA leadership."

In response to the controversial report, Sonam Norbu Dagpo, Spokesperson of the CTA said "the author premises the entire article on an assumption that the postponement of ‘13th Religious Conference of the Schools of Tibetan Buddhism and Bon Tradition’ is an offshoot of “serious differences between His Holiness the Dalai Lama and the Tibetan President" Dr Lobsang Sangay.

The Department of Religion and Culture of the Central Tibetan Administration, on November 24, 2018 announced that the ‘13th Religious Conference of the Schools of Tibetan Buddhism and Bon Tradition’ scheduled to take place from 29 November to 1 December this year in Dharamshala has been indefinitely postponed.

The Department categorically cited the sudden demise of the supreme head of the Nyingma tradition, Kathok Getse Rinpoche, who passed away on November 19 this year, in Nepal, and in respecting the sentiments of the followers of Nyingma tradition, as the reason.

Likewise, on November 25 this year, upon his return from Japan, responding to questions from the press at Gaggal airport, His Holiness the Dalai Lama said that holding the conference despite the passing of the “very high lama,” the head of Nyingma tradition, the oldest tradition of Tibetan Buddhism as “inappropriate.”

Rajeev has mentioned in his article “a telephonic conversation between the Dalai Lama and Sangay in this regard on November 22 when the former was in Japan.”

The same author has in the recent past published articles; ‘The Dalai Lama has chosen his successor’ (September 26, 2018) and ‘Dalai Lama wants to return to Tibet but China no longer keen to play ball,’ (November 14, 2018), both of which are published on Southasian.Monitor. He had also published a disturbing article; ‘The Dalai Lama is terminally ill, sources say,” (June 11, 2018) read here published on The Quint. The contents of the articles are untrue and a piece of unfounded speculation.

Retraction and publication of clarification:

Therefore the publication of a series of misleading reports by Rajeev Sharma, that lack substantial proof, are ill intentioned and target the institution of His Holiness the Dalai Lama and the CTA leadership.

In light of the clarification provided, we require a retraction of Rajeev Sharma’s November 27 article published on Southasian.Monitor read here, and appreciate the publication of our clarification.