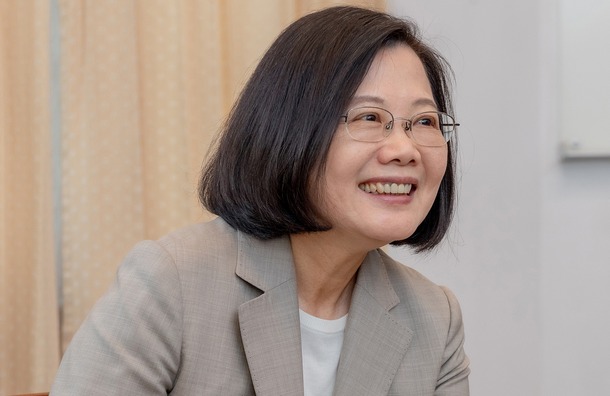 President Tsai Ing-wen on Saturday led her Democratic Progressive Party (DPP) to a landmark victory for a second four-year term in office, securing 57 percent of the popular vote with a record-breaking 8.2 million ballots, 1.3 million more than her 2016 victory.

Her main rival Han Kuo-yu, from the pro-communist-authoritarian regime of China currently knowns as Kuomintang (KMT), racked up 39 percent and conceded defeat. The official results also showed the DPP managed to retain its majority in the island’s unicameral parliament with 61 out of 113 seats, while the KMT took 38 seats.

In his message, the Tibetan President expressed his admiration for Tsai Ing-wen’s extraordinary leadership in advancing freedom, equality and defending democracy in Taiwan, adding that her re-election is a stirring reminder of the power of people’s conviction and faith in democracy. The President also expressed gratitude to the people of Taiwan for their unwavering generosity and support for the Tibetan people.

In the congratulatory letter, Speaker wrote “Despite the Chinese government’s repetitive forces against the people of Taiwan to deter from choosing a free democratic way of life. The victory of President Tsai Ing-Wen with the highest votes in the history of Taiwan is a backlash against China’s policies. This victory testifies your outstanding leadership and your commitment to leading democratic governance in Taiwan. My felicitation and appreciation also go to the people of Taiwan for their utmost strength in fighting against all odds and opting for a secured free administration for the betterment of their future.”

“Besides, the people and the government of Taiwan has been a great supporter of Tibetans and the just cause of Tibet for a long time. I hope it will be continued under your leadership as well. We are sincerely seeking genuine autonomy within the framework of the Chinese constitution.”

“Tibetan parliamentary delegation comprising of four members are presently in Taiwan to extend warm greetings to you and your government and to update the critical situation going on inside Tibet under the repressive rule of the Chinese authorities.”

President Tsai suggested the government of Taiwan would speak with communist-authoritarian officials in China if they don't treat Taiwan as an equal partner. The country held its 15th presidential election and 10th legislative elections on January 11, 2020. According to the final result from the Central Election Commission (CEC), Tsai and her running mate William Lai won the presidential race with a record-breaking 57.13 percent, while the Kuomintang (KMT) opponents Han Kuo-yu and Simon Chang tallied 39%.