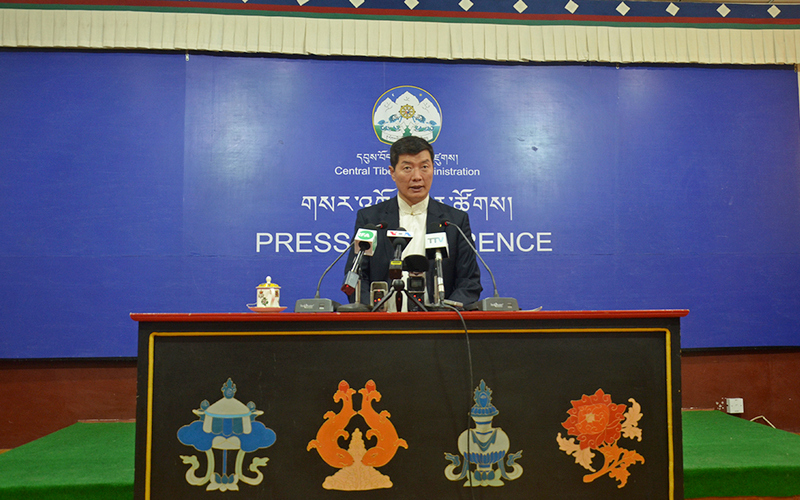 Dharamshala, India — Sikyong, the political head of the Central Tibetan Administration (CTA) is planning for a second visit to the United States within the course of one month to push for the Tibet Policy Act and Tibet support bill in the US senate.

“I would like to congratulate US president-elect Joe Biden and Vice president-elect Kamala Harris once again, wish them all the best for their future endeavors especially with the pandemic. Biden’s promise to meet His Holiness the 14th Dalai Lama and sanction China of its ruthless rule in Tibet”, says the Tibetan political head.  He continues that a bold warning like this by a candidate during the presidential campaign is rare if not the first time in history.

He also recognised Trump's government’s strong support for Tibet's cause in passing the Reciprocal Access to Tibet Act, increased funding to CTA and Tibetans, and Secretary Mike Pompeo’s powerful comments against China. He thanked them for their support on behalf of all Tibetans.

His recent official visit to the US is a historical step in acknowledgment of the CTA and its leadership under Sikyong by the US government. The appointment of Special Coordinator for Tibet issues, Robert Destro is a significant step in strengthening the relationship between Tibet and the US, mentions Sikyong.

He urges all Tibetans and associations in America to appeal their officials to push forward the Tibet Policy support Act into law and get signed before the senate session concludes in January 2021.

The Tibetan political leader is determined to have a positive outcome with this visit to the US.