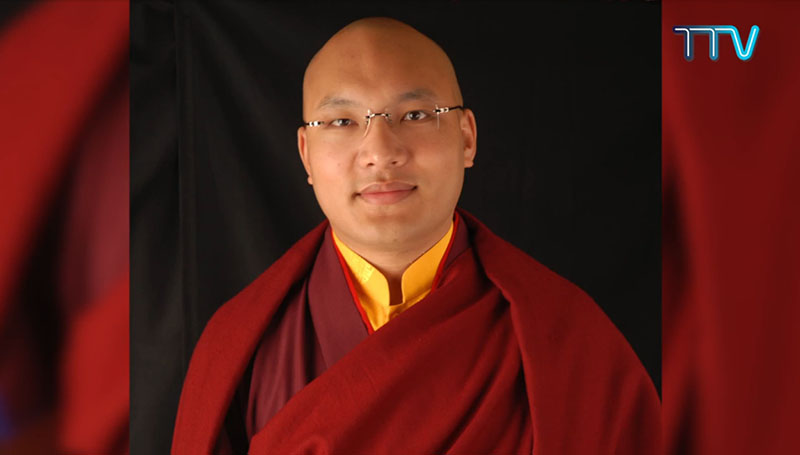 His Eminence the 17th Karmapa Rinpoche. Photo: screenshot from TTV

Dharamshala, India —His Eminence the 17th Karmapa Rinpoche highlights how His Holiness 14th Dalai Lama’s universal ethics bind humans together to become happier at an individual and global level while being part of a week-long talk series organised by Central Tibetan Administration’s (CTA) Department of Information and International Relations from December 4 to December 11, 2020.

CTA and Tibetan people dedicate 2020-2021 as a year of gratitude to the Tibetan spiritual head as he turns 85 this year to show appreciation for his achievements, dedications, and contributions to the wellbeing of all beings.

His Eminence the 17th Karmapa Rinpoche discusses the four commitments (promotion of human values, promotion of religious harmony, preservation of Tibet’s culture and environment, and revival of ancient Indian wisdom) of His Holiness the Dalai Lama in terms of universal responsibility endowed on each individual as a human being, of Tibetan origin, a practitioner of Buddhism and as a follower of ancient Indian tradition.

“In articulating his first principal commitment, His Holiness speaks from the viewpoint of humanity and himself as one of the seven billion human beings. His Holiness promotes compassion, warm-heartedness, tolerance and as secular, universal ethics that bind us together to become happier at the individual and global level”, Rinpoche depicts.

Secondly, on His Holiness’ efforts towards promotion of religious harmony, Rinpoche explains that religious conflicts are antithetical to their enshrined values and in relentlessly engaging with diverse religions, bringing them together under one roof. His Holiness has vastly contributed to building not only better understanding but facilitated interfaith dialogue at many levels, he further notes.

He reminds that the third commitment is exceptionally critical for all Tibetans to understand for this shall have significant relevance to the ecological health of the Tibetan plateau and the very identity of Tibetan people. He hails His Holiness’ fourth commitment, a pathbreaking initiative uniting the ancient yet relevant teachings of Nalanda tradition with the modern education system through the revival of the Indian tradition in modern India and Asia.

Under CTA’s initiatives, the week-long virtual talk series on the four principal commitments of the Tibetan religious figure will be partaken by 120 speakers from 19 countries in 15 different languages from 4th till 10th of December, 2020. It will include addresses by various Tibetan religious heads and followed by remarks of scholars, professors, monks. nuns and other important figures.