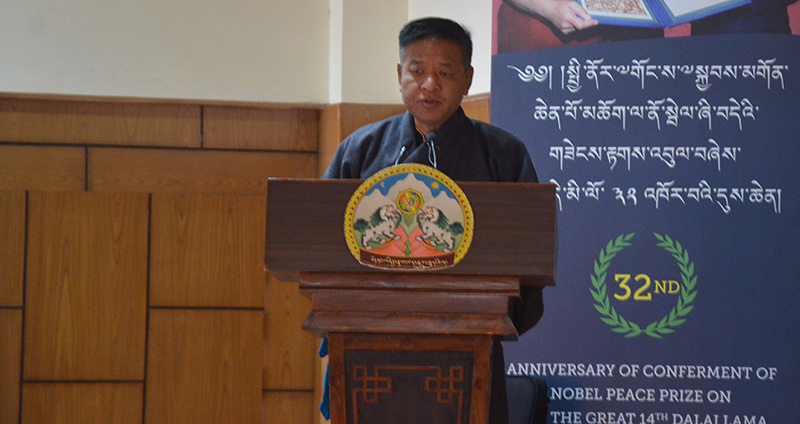 Sikyong Penpa Tsering delivering the statement of the Kashag on Human Rights Day, in Dharamshala, on December 10, 2021. Photo: TPI/Yangchen Dolma

Dharamshala, India — “The Chinese government’s policy in Tibet are harmful rather than beneficial to both Tibet and China, and therefore it is bound to fail. We will soon submit a document to the Chinese government to end or rectify its wrong policies in Tibet,” said Sikyong, while marking Human Rights Day, on December 10, 2021.

“Although we are able to celebrate today’s joyous occasion, Tibetans inside Tibet don’t even have the freedom to keep a photo of their most revered leader His Holiness the Dalai Lama. Today is Human Rights Day and as the day is observed around the world, Tibetans in Tibet are denied the basic rights and freedom of expression, learning, and practising their own language, religion, movement, and assembly. Moreover, they have to continuously suffer under the Chinese government’s repressive policy to annihilate the Tibetan people’s identity and destroy Tibet’s natural environment,” said Penpa Tsering, Sikyong of CTA.