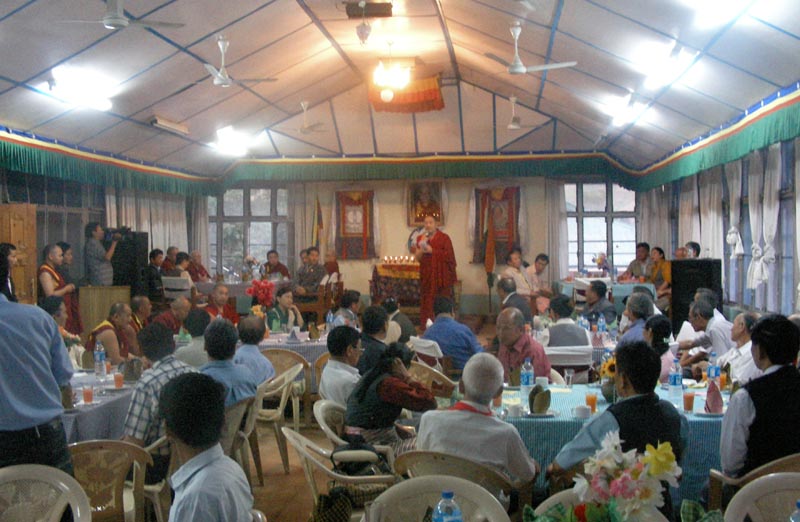 Dharamshala: An important milestone for Tibetans was crossed on April 27th, 2010, as it marked the 100th death anniversary of Khyentse Rinpoche, one of the most respected religious leaders of Nyingma Tibetan Buddhist tradition.

All of the senior officials from the 3 pillars of the Tibetan democratic government including the Prime Minister of the Tibetan Government in Exile Samdhong Rinpoche, Mr. Penpa tsering and Mrs. Dolma Gyari, Chairman and Vice Chairwoman of the exiled Tibetan Parliament respectively, were all present to mark this fundamental occasion. This gathering in Dharamshala, India, was one of three ceremonies with two others that are to happen in Nepal - where Khyentse Rinpoche is based - and Bhutan.

A ceremony held at the central Tibetan administration on the 27th April 2010, During the gathering, a 45 min. documentary was presented on Khyentse Rinpoche's life.