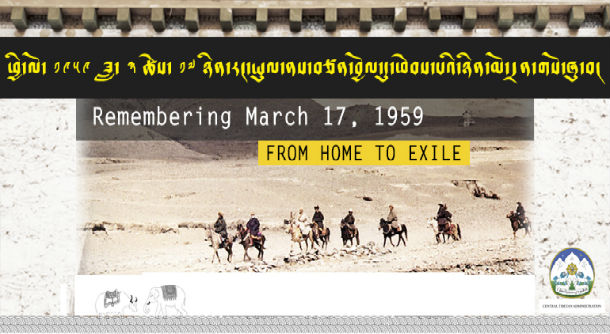 Dharamshala — Due to scheduling issues, the event "Remembering March 17, 1959- FROM HOME TO EXILE", has officially been postponed until further notice according the a Central Tibet Administration announcement.

His Holiness the Dalai Lama was scheduled to grace the event, planned to remember March 17, 1959, the day His Holiness left Tibet to escape into exile.

The Tibetan government made the decision to postpone the event, as His Holiness is now scheduled to depart for Jammu for the first convocation of Central University of Jammu.