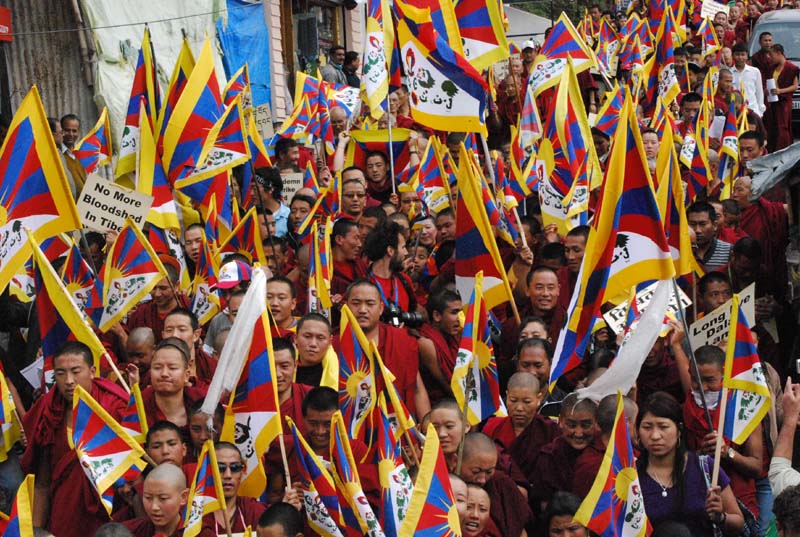 Dharamshala: - Chinese President Hu Jintao will pay a state visit to the United States from January 18 to 21, 2011. Along with Regional Tibetan Youth Congress NY & NJ, CATA, ICT, Initiatives for China, and many other rights groups, United Nations for a Free Tibet calls on people to join protest rallies in Washington D.C and Chicago against Chinese President Hu Jintao and to highlight the Tibet issue when he meets President Obama.

Those rallies shall be very important since it might be the last visit of president Hu to US as a leader of the CCP. We have to make sure he hears us loud and clear: FREE TIBET! And let's join together to tell the world that trade, money, and politics should come after Human Rights, Freedom of Language, Equality for all People, in China as well, and a Free Tibet.

We kindly invite you to participate in the demonstration to show your support, calling on to raise the awareness of freedom, democracy and human rights during the visit.

Together we insist on:

U.S government should abide by freedom, democracy, human rights and other universal values in handling exchanges with China, especially for the protection of human rights and personal freedom.

The immediate and unconditional release of Tibetan political prisoner Jigme Gyatso [Pinyin: Jinmei Jiacuo, Chinese: [????] who was tortured after speaking to the former UN Special Rapporteur, Dr Manfred Nowak in 2005 and is believed to be gravely ill in Chushur (Chinese: Qushui) prison near Lhasa.

The immediate and unconditional release of the 2010 Nobel Peace Prize winner Liu Xiaobo, a Chinese human rights activist who called for democratic reforms and the end of communist one-party rule in China; he was sentenced to 11 years imprisonment; Liu Xiaobo won the Nobel Peace Prize for his long and non-violent struggle for fundamental human rights in China.