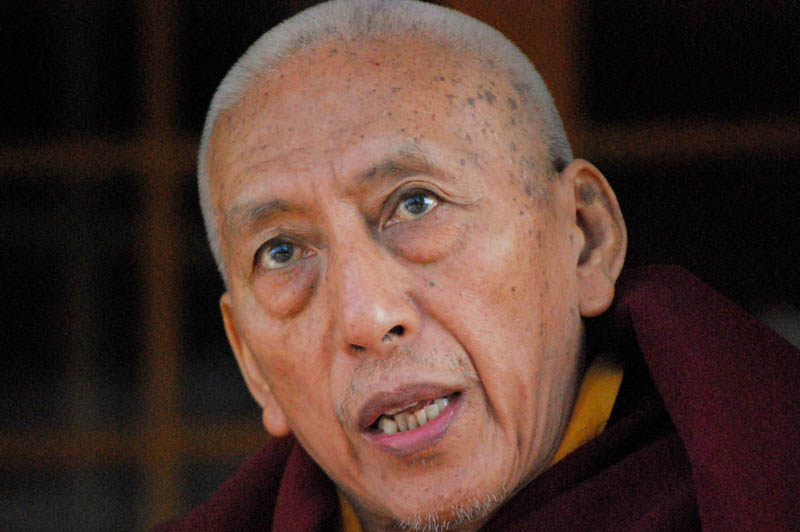 Dharamshala: Tibetans living inside Tibet should not worry about His Holiness the Dalai Lama's retirement plan said Thursday Prof Samdhong Rinpoche, the prime minister (Kalon Tripa ) of Tibetan government in exile, saying "His Holiness had clearly said he would continue to work for the cause of Tibet".

According a report published by the Tibetan official media (Tibet Net), the prime minister was speaking to a large gathering of over 1,800 Tibetans who have come from Tibet to receive His Holiness the Dalai Lama's teachings in Sarnath.

Rinpoche said His Holiness the Dalai Lama had spoken about taking complete retirement from the administrative work of the Central Tibetan Administration in exile in March this year. The Tibetans living inside Tibet expressed their deep concerns over his remarks, he added.

"His Holiness the Dalai Lama has recently clarified his statement on retirement during his visit to Sikkim and Kalimpong. He made it clear that except some changes in his day to day administrative obligations, he would never dis-associate from the Tibetan people as 99 percent of them pin their hope and faith in him. He said he would continue to work for the cause of Tibet," Kalon Tripa said.