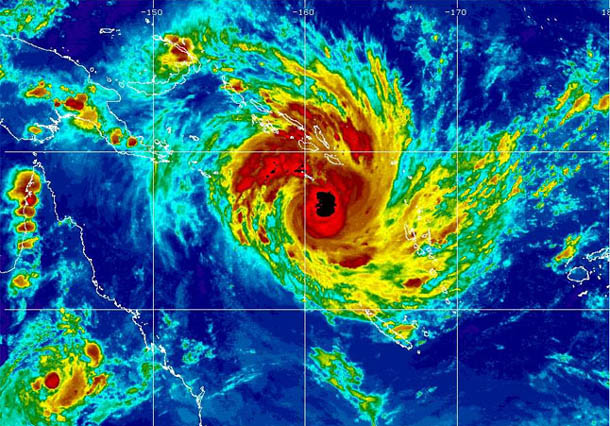 Dharamshala: Authorities in Cairns, located in the state of Queensland in Northern Australia, have been evacuating residents from their homes ahead of the level 5 Cyclone Yasi expected to hit at around midnight (AEST) tonight.

Over 30 000 people have been relocated and the city's evacuation centres have now reached capacity, with authorities advising that ‘‘travelling by vehicle or on foot is unsafe. All evacuation centres are full and residents are urged to stay where they are now for the next 24 hours.'' Emergency services are warning that they will not be on the road during the cyclone and residents will have to fend for themselves.

Queensland Police are having difficulties communicating with confused tourists in the area who don't understand the danger that is coming, and were accepting help earlier today from volunteers to translate their Facebook page into German and Japanese to help tourists comprehend what is happening. Coaches were transporting people from the coast during the day as police tried to empty the city CBD. All hospitals and retirement homes in the area have also been evacuated with the aid of the military.

The 500km-wide cyclone will be the worst of its kind to occur in Australia in living memory, and comes in the wake of devastating floods in the state which have already caused $1.5 billion worth of damage, killing more than 20 people and destroying countless homes and buildings.

In preparation for the cyclone's aftermath, the Australian Defence Force (ADF) is ready to dispatch Navy transport ships to help with the clean-up, and small aircraft to conduct search-and-rescue.

The damage bill for the impending Cyclone Yasi has yet to be determined, with many worried residents who have fled not knowing what they will be returning to once the storm has passed.