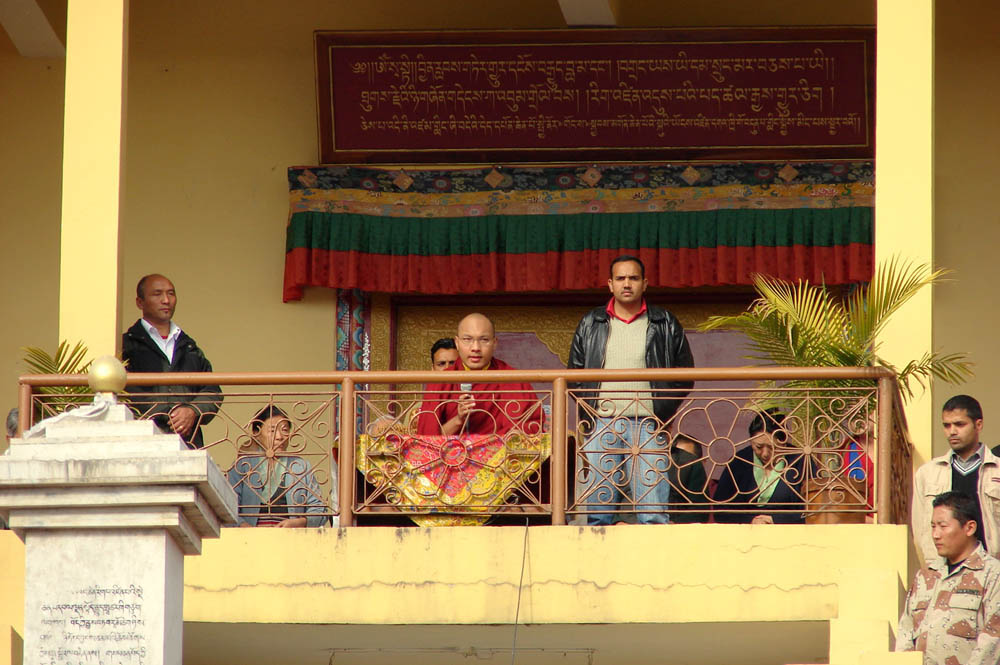 London: For the first time since the Himachal Police raided the monastery of the Karmapa Lama last Thursday (27th January), the Tibetan spiritual leader His Holiness 17th Karmapa himself spoke publically about the incident and to reassure his followers of his innocence.

His Holiness the Karmapa addressed a huge gathering of supporters this afternoon, acknowledging the difficult situation and stating that he trusts that the matter will be cleared in time. His Holiness further contrasted the rule of law in India to the system of communist China, calling India a second homeland for Tibetans. In a show of solidarity with His Holiness, the Deputy Speaker of the Parliament of the Tibetan government-in-exile, Dolma Gyari and seven other members of the Tibetan government shared the stage with His Holiness while he spoke.

“We usually hold public audiences on Wednesdays and Saturdays,” said His Holiness the Karmapa. “Today, so many people have gathered to show their love, sincere intentions and support, and I want to especially thank you and express my heartfelt gratitude. We are now facing such a situation, which has arisen due to misunderstandings and mistakes, that it has even caused concern to His Holiness the Dalai Lama.

“India has become a second homeland to Tibetans. We all have taken refuge and settled here. India, in contrast to communist China, is a free country, a democratic country that is based on the rule of law. Therefore I trust that things will improve and the truth will become clear in time. So please be at ease. There is no need to worry.

“You have all borne hardship to come here under this hot sun, and I thank you for that too. It seems there are too many people here today to receive you individually. You can see me from there and I can see you, so perhaps there is no need to give individual blessings.”

Along with the Deputy Speaker of the Parliament Dolma Gyari, sharing the stage in a show of their support for His Holiness the Karmapa were the following members of the Parliament of the Tibetan government-in-exile: Geshe Monlam Tharsi, Sonam Damdul, Sherab Tharchin, Tsering Youdon, Nawang Lhamo and Dawa Tsering.