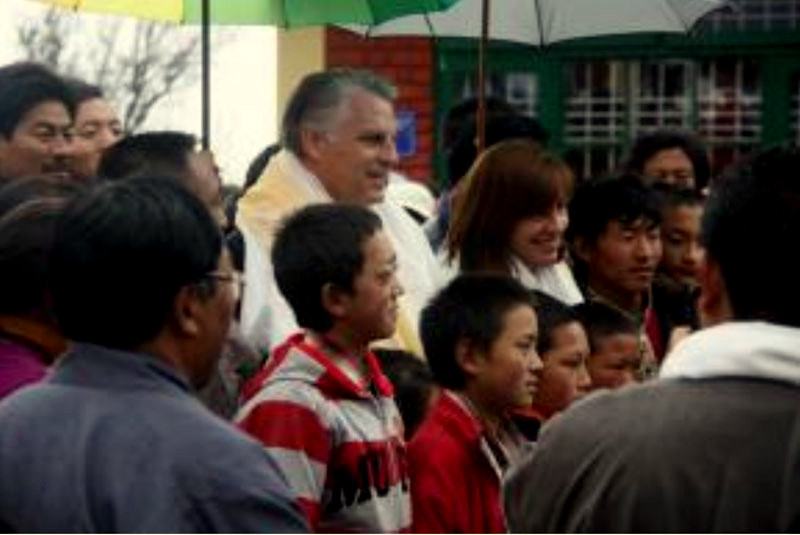 Ambassador Roemer was greeted by a congregation of more than 100 newly-arrived refugees from Tibet, as well as senior members of the Central Tibetan Administration (CTA), upon arrival at the new centre built to accommodate 500 people at a time.

The centre was funded in part through a Cooperative Agreement between the State department and Tibet Fund, a US-based NGO that aims to help preserve Tibetan culture in exile, and also receives services and financial support from the CTA.

It is the arrival point for many Tibetans fleeing Chinese oppression, who often spend weeks travelling to Dharamshala via mountain passes in the Himalayas and then through Nepal, where they are received by the Kathmandu Tibetan Refugee Transit Centre, operating under the auspices of the UN High Commissioner for Refugees.

Following the inauguration, the Ambassador is scheduled to have an audience with H.H. the Dalai Lama at his residence, after which he will visit the Tibetan Children's Village (TCV) in Lower Dharamshala. The Village, home to many Tibetan orphans and children separated from their parents, aims to ensure that all children under its care receive a sound education and maintain their cultural identity.

The journey out of Tibet is long and dangerous and has been undertaken by tens of thousands of refugees since His Holiness the Dalai Lama's escape into exile in 1959. Recently, there have been reports of refugees being handed over by Nepalese immigration to Chinese officials, sparking accusations that Nepal has been giving in to pressure from the Chinese government.

Once in Dharamshala all arrivals receive an audience with the Tibetan leader, His Holiness the 14th Dalai Lama, before being resettled by the CTA into schools, monasteries and cultural institutions in Tibetan communities around India.

The US government has also pledged some financial support for the CTA's new Settlement Revitilisation Plan, which aims to redress some of the issues created by 50 years of large-scale Tibetan immigration to Nepal and India.

It was only a matter of days ago the US Under Secretary of State for Democracy and Global Affairs, Maria Otero, who also serves as US Special Coordinator for Tibetan Issues, visited Nepal. On her agenda was a trip to the Transit Centre in Kathmandu, and a discussion with government officials about Tibetan issues.