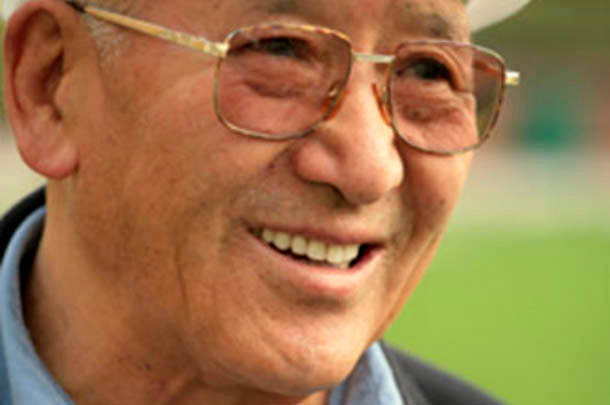 Dharamshala: - Tibet born Sherpa mountaineer Nawang Gombu passed away at his home at the base of the Himalayas in Darjeeling on April 24. Nawang was the first person in the world to reach the Mt Everest summit twice, the first in India to conquer Nanda Devi (24,645ft) and the youngest ever to climb to a height of 26,000 feet.

According to www.wikinews.org, Nawang scaled many other Himalayan peaks including Makalu, Nanda Devi and Cho Oyu, and he is credited with discovering several new mountain routes.

Nawang Gombu was part of an elite group of Sherpa mountaineers who pioneered climbs on the Himalayas and made the Sherpa a word of worldwide fame. For his work, Nawang received many awards, including medals from Queen Elizabeth II and the National Geographic Society, and he was invited to the White House by President Kennedy.

"He was not only an outstanding climber, Gombu was a fine person who guided Indian mountaineering to a greater height," said Mohan Singh Kohli, a retired Navy captain and leader of the 1965 Indian expedition to Mount Everest.

He was also important in the formation of the Himalayan Mountaineering Institute (HMI), along with other Sherpas. The creation of the Institute was supported by Nehru. Gombu served as Director of Field Training there, eventually retiring from HMI after more than forty years of work for the Institute.

He was born in Southern Tibet near Rongbuk Monastery, but later moved with his family to a small village in Nepal near Mount Everest. Born to father Nawang Gyaltzen (a former Tibetan monk) and mother Lhamu Kipa, he was the elder of two siblings. Nawang Gombu He reached the age of 79 years.