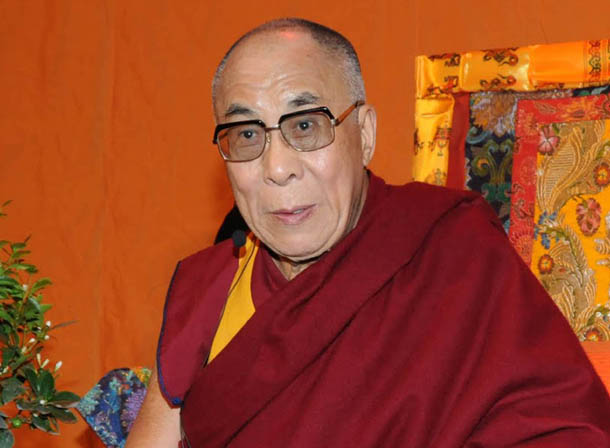 Dharamshala: - Tibetan spiritual leader His Holiness the Dalai Lama on Saturday respectfully sent a message (letter) of sympathy and condolences to the Governor of Arunachal Pradesh over the death of Arunachal Pradesh Chief Minister Dorjee Khandu in a recent helicopter accident.

In a message to (Retd) J. J. Singh - the Governor of Arunachal State, His Holiness the Dalai Lama expressed his sadness at learning of his friend Chief Minister Dorjee Khandu's death in a helicopter accident.

His Holiness recalled the fond welcome that Mr Dorjee Khandu had extended to him on his recent visit to Tawang.

His Holiness has also extended his condolences to Mr Khandu's family and the families of all those who died with him.

In May 2008, Chief Minister Dorjee Khando visited Dharamsala and extended formal invitation to His Holiness the Dalai Lama to inaugurate a multi-speciality hospital at Tawang.

During Dorjee Khandu's visit to Dharamshala, he used to bravely criticise China's treatment of Tibetans and its harsh policy on Tibet, at one time saying "we are unhappy over the present situation inside Tibet".

In 2009, His Holiness visited the 300-year-old Tawang monastery, where various religious discourses are held for the Buddhist community in the state. The visit coincided with 50 years having passed since his arrival in Tawang in 1959 after a failed uprising in Tibet against China.