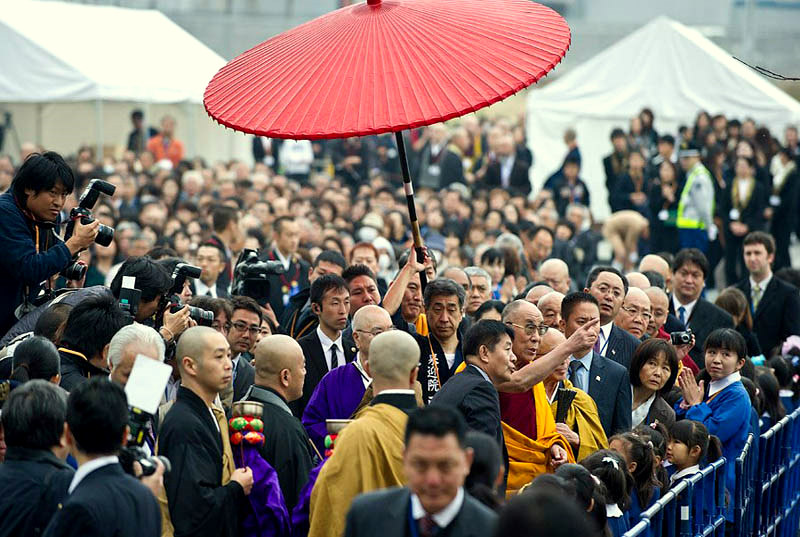 Tokyo, Japan: - Several Japanese officials, including a special adviser to Mr. Yoshihiko Noda, the Prime Minister met Monday with the spiritual leader of Tibet, His Holiness the Dalai Lama, discussing Japan's earthquake and some other issues.

During the talks, His Holiness the Dalai Lama called on democratic countries such as Japan and India for efforts to help promote freedom and democracy in China and said he also conveyed this message to U.S. President Barack Obama, they said.

It was the first meeting between Tibet's spiritual leader, His Holiness the Dalai Lama and lawmakers of Prime Minister Yoshihiko Noda's Democratic Party of Japan, which came into power in 2009 after decades-long rule of the Liberal Democratic Party.

Japan's ruling and opposition lawmakers, including Akihisa Nagashima, special adviser to the premier for foreign and defense matters, met with visiting Tibetan spiritual leader His Holiness the Dalai Lama, according to media reports.

Shu Watanabe, senior vice defense minister, was also present in the meeting at a Tokyo hotel, where they expressed their gratitude to the exiled leader for visiting areas devastated by the March 11 earthquake and tsunami in northeastern Japan and offering words of encouragement to the victims there over the weekend, the sources said.

Lawmakers from the LDP, now the country's main opposition party, such as former Prime Minister Shinzo Abe also attended the meeting, according to the sources.

Nobel peace prize laureate, His Holiness the Dalai Lama, who arrived in Japan Oct. 29, held lectures in Osaka and Wakayama prefectures before visiting disaster-hit areas such as Ishinomaki in Miyagi Prefecture, Sendai in Miyagi and Koriyama in Fukushima Prefecture.