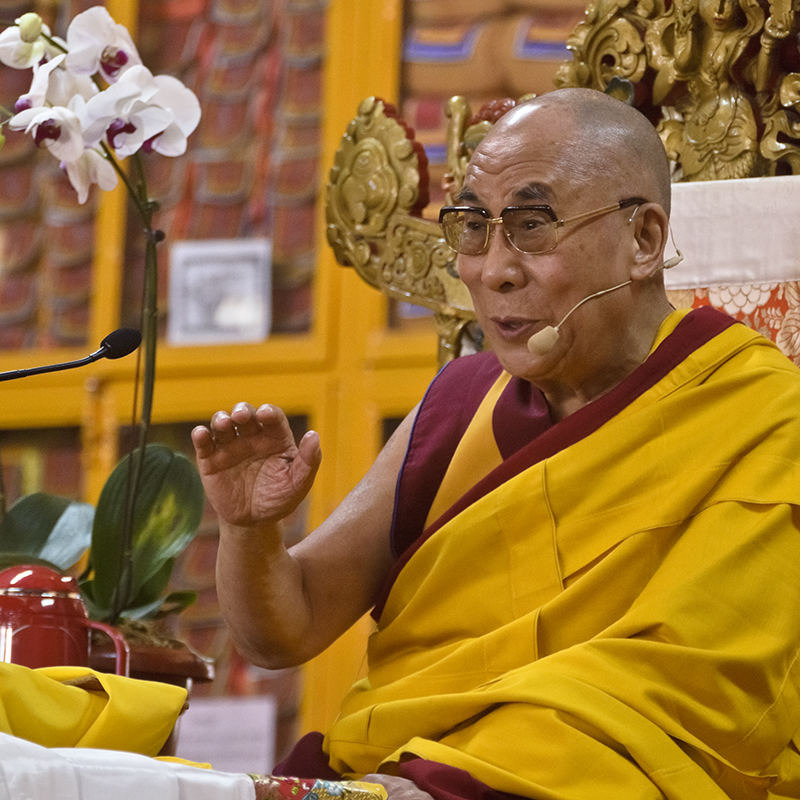 Dharamshala: At the request of a group of Taiwanese devotees, His Holiness the Dalai Lama of Tibet commenced the first of four days of teachings on ‘Atisha’s Lamp for the Path to Enlightenment’ to an audience from over 60 counties at the main temple in Dharamshala: India.

Amid a buoyant atmosphere on the morning of September 1st, one of the most revered spiritual leaders of the world led the teachings with a brief, yet insightful introduction into Buddhism itself. The main temple, which numbered crowds surpassing 2000, was packed with a colourful array of Tibetans wearing traditional attire from a wealth of age groups, as well as foreign visitors, Indian guests, and a delegation of over 800 Taiwanese Buddhists.

Welcoming the guests eagerly, the Dalai Lama drew smiles and adoration from the gathering. Drawing upon a mixture of colourful stories, past experiences and His profound knowledge of Buddhist Dharma, He set to inspire and educate the rapt audience.

The Dalai Lama also drew insightfully into the realm of science and history, highlighting the manner in which science has sometimes created negative consequences in the past, as well as enormously positive ones. While the 20th century witnesses the loss of an estimated 200 million lives to war and conflict, His Holiness suggested that the 21st century is an opportunity for peace:

“The 20th century was one of violence and suffering. If non-violence and harmony could be developed, it would be through love and compassion”.

His Holiness also re-iterated His message of secular ethics: urging the audience to not simply to look within the borders of one single religion, but to reach out - respecting and learning from the beliefs of others. He added that it is the responsibility of individuals to behave peacefully, compassionately and in a loving manner, stating that understanding ethics in a secular way does not mean one should ignore or reject their own religion – in fact quite the opposite. Moral ethics and responsibility are vital when implementing this, He added. 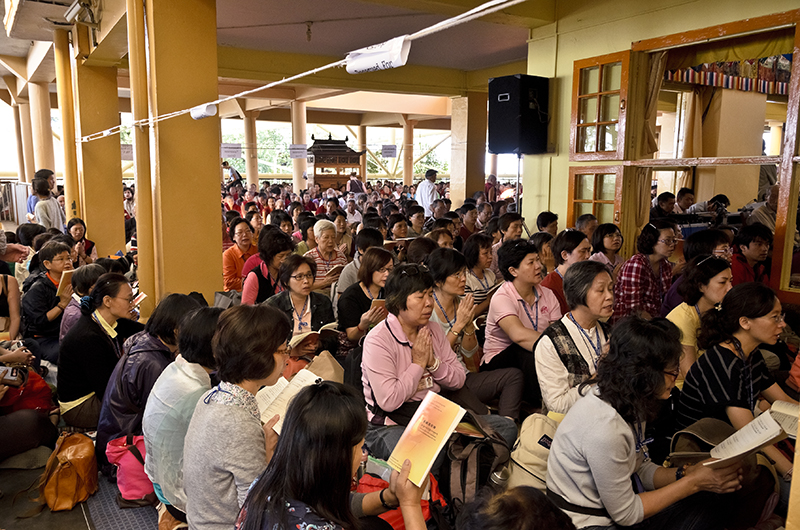 Adding affectionate humour to the stories, His Holiness described the need to understand the roots of His teachings. Drawing upon a past visit to a Buddhist ceremony, the Dalai Lama described how a monk, who was playing the Obo (traditional musical instrument), wore a hat which looked similar to the shape of a woodpecker. Jokingly, the Dalai Lama suggested to the monk that perhaps make the sound of the bird rather than the Obo he was playing.

“The next day, he was not wearing the hat” The Dalai Lama chuckled, as the audience burst into laughter. Importantly, he stated that: “What we have been through so far is the roots of the teachings [from Buddha]; the peripheral practices are not so important”.

Having introduced and instructed Buddhist principles to better understand His teachings, the Dalai Lama introduced the text: ‘Atisha’s Lamp for the Path to Enlightenment’ (Jangchup Lamdron). In Buddhism, the stages of the path; ‘Lamrim’ are crucial lessons. Although there are many different versions, all derive from ‘Atisha’s Lamp for the Path to Enlightenment’. To be educated in the sacred text by His Holiness the Dalai Lama was surely a dream come true for the devoted guests. Having inspired the delegation for both a morning and afternoon session; and introduced the text, the first day of teaching concluded brightly and successfully.

The second in the series of four teachings will continue on October 2nd 2012 in the Main Temple; Dharamshala. A live webcast, followed by translations into Chinese, English and Russian languages is available on: http://dalailama.com/liveweb