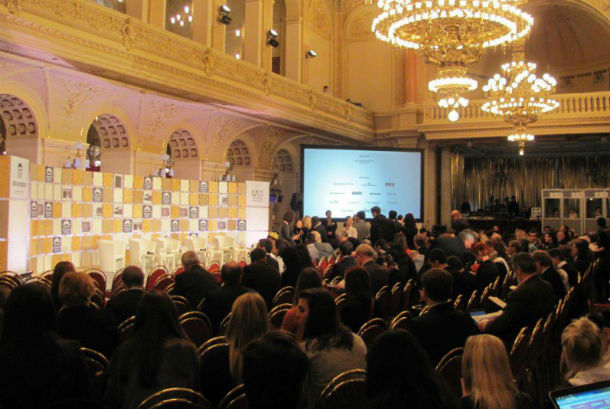 Prague : - Attendees again paid tribute to the late President and Forum 2000 Co-founder Václav Havel as an early discussion focused on his role as an inspiration for those struggling against totalitarianism.

If we intend to change the world for the better, we need to start by changing ourselves, His Holiness the Dalai Lama, the spiritual leader of Tibet said via video message. Another video message featured Cuban dissident Yoani Sánchez, who was invited to the conference, but unable to attend because of government travel restrictions. Someday I hope to find Václav Havels books in all Cuban libraries, she said.

A Monday morning breakfast featured a short introduction by Forum 2000 Board of Directors Chairman Tomá Vrba, followed by remarks from Vesna Pusi, the Croatian Minister of Foreign and European Affairs. Ms. Pusi said European society has almost lost the political vision [and is] completely focused on our economic problems.

Another of the days early panels sought solutions for the worlds so-called bottom billion, the poorest among the global population. With three former African presidents addressing the issue there was consensus that foreign investors to Africa have a responsibility to attend to the very poor. Globalization must enhance the living conditions of all people, former Nigerian President Olesegun Obasanjo said.

In a panel focused on how medias role is changing, The Economists Vendeline von Bredow said that absolutely tectonic shifts are underway. During the same discussion, European Broadcasting Union Director General Ingrid Deltenre concluded that, technology will change the business models.

The political inspiration of Václav Havel and the Czech Republic was apparent in another of the days sessions. Tibet is always on the way forward. One of the reasons is Prague Spring and the Velvet Revolution," said Lobsang Sangay, Sikyong for the Central Tibetan Administration, an exiled government based in India. "We could become a museum piece, but we don`t want to be."

The conference continues through October 24, encompassing 50 plus events at 13 venues in the Czech capital and three outside Prague. More than 2,500 registered observers will attend, making it the largest Forum 2000 ever.