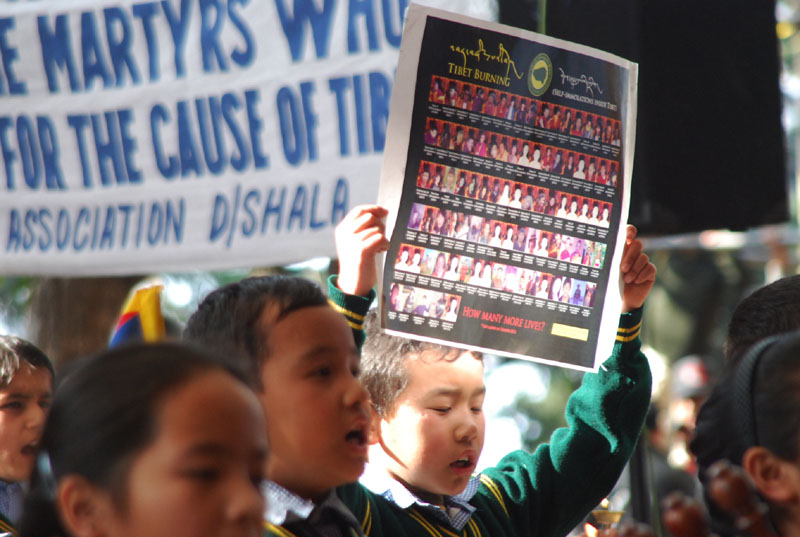 In November, the political leader of Tibetans, (Sikyong) Dr Lobsang Sangay called on China and International Bodies to Visit Dharamsala. "representatives of the Chinese government as well as that of any independent international body to investigate these allegations by visiting Tibetan administration offices in Dharamshala, India," he said.

On December 10th, International Human Rights Day, the Central Tibetan Administration (CTA) in Dharamshala, India, invited the Chinese government to further investigate claims that the CTA is promoting self-immolations, by visiting their headquarters in Dharamshala.

This development was prompted by a recent report from Xinhua in which two self-immolaters have reportedly confessed that His Holiness the Dalai Lama has been urging Tibetans to self-immolate.

As the CTA questions the validity of such claims, it urges China to look further into the cause of self-immolations in Tibet and allow the international community to do the same.

The political leader of the Tibetan administration, Dr Lobsang Sangay has also stated that, "If China genuinely wishes to end the self-immolations, instead of resorting to the blame game it should allow unfettered access to international bodies to Tibetan areas to investigate the root causes for these self-immolations."

Navi Pillay, UN High Commissioner for Human Rights, explained that, "Social stability in Tibet will never be achieved through heavy security measures and suppression of human rights," as she urged China to allow for outside observers to evaluate the situation within Tibet.

The Central Tibetan Administration has once again stressed His Holiness the Dalai Lama's Middle-Way Approach as their hope for Tibet. In doing so, the CTA reiterated that it does not seek independence for Tibet but real autonomy within the People's Republic of China.

The CTA also explained that this was the desire of the 95 self-immolators who had called for freedom for Tibetans and the return of His Holiness the Dalai Lama to Tibet.