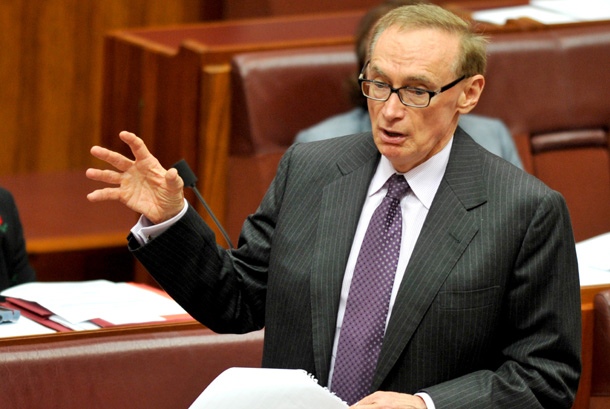 Canberra : - Foreign Minister Bob Carr says Australia's ambassador to China has had no luck getting Beijing's permission to visit Tibet, according to a report for The Sydney Morning Herald.

'Australia's top diplomat in China has been unable to win Beijing's permission to visit Tibet after almost a year of trying,' said the report.

Foreign Minister Bob Carr announced in March 2012 that Ambassador Frances Adamson would seek to travel to Tibet to talk to locals and look into why a growing number of Tibetan pro-independence protesters were setting themselves on fire.

Ms Adamson had made several requests but so far to no avail. "I regret that I can't report progress," he said.

Department of Foreign Affairs and Trade Secretary Peter Varghese said Australia believed there have been at least 98 self-immolations in the past two years.

"We have consistently conveyed to the Chinese authorities our concern about the situation," he said.

Senator Carr said Australian plans to boost diplomatic ties with China was effectively on hold until after its leadership transition is finalised in March.

He revealed in October that top Australian officials had visited China to push for more regular formal meetings between Canberra and Beijing.

Such an arrangement would be similar to those Australia already has in place with countries like the US, but Beijing is yet to respond to the proposal.

On 19 March 2012, Australia's Foreign Minister Bob Carr issued a statement of concern about the deteriorating situation in Tibet, and announced that the Australian Government was seeking permission for a diplomatic delegation to visit Tibet on a fact-finding mission.

The Australia Tibet Council has urged the Australian government several times to help end the crisis in Tibet. Later the government announced its plan to send a parliamentary delegation to Tibet. But, China had thrice declined Australia's request to allow the diplomats to visit Tibet since 2012.

"The international community- including the US. EU and UN Human Rights Council have repeatedly called on China to allow access journalists and diplomats and other observers to report accurately and to respect the human rights of all of the Tibetan people and allow independent observers to attend so-called public trials,"  Mr. Nyima T.J. a Tibetan political analyst said the regime has denied the international condemnation of its 60 years of failed old policies in Tibet.

"Despite all the calls, the authoritarian regime has denied all wrongdoing in Tibet, including deprivation of life, disappearances, torture, arbitrary arrest and detention, denial of fair public trial, denial of independent legal representation, denial of freedoms including freedom of speech, of press, of Internet access, also political and religious repression and degrading treatment in dealing with detainees and prisoners in the region," he added.