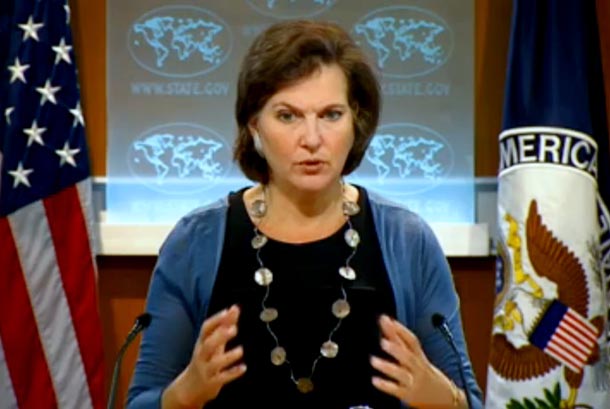 Washington: The United States government on Friday criticized China for the "horrific" toll as the number of Tibetans who have set themselves on fire to protest Chinese rule rose to one hundred one in Tibet and six in exile.

The Obama administration had noted "the horrific figures" and was "deeply concerned by the reports that these immolations are continuing," State Department spokeswoman Victoria Nuland told journalists.

"We call on those who are immolating or those who might be considering this to think hard about whether it's the best way to express yourself," she said.

"We also, as we always do, call on the Chinese government to address its own policies in Tibet that have caused these kinds of tensions and frustration," Nuland said in response to a question.

"I think you can tell from the situation that it remains quite tense," she said when asked if the US sees any move by China to address the concerns of the Tibetans.

New US Secretary of State, John Kerry, in his first talk with his Chinese counterpart, did raise US concerns over human rights, she said.

"In his first conversation with Foreign Minister Yang, obviously, the importance of continuing our human rights dialogue did come up," Nuland said.

At-least 101 mostly younger generation of Tibetans, born and grown up under Chinese Communist rule so far have set themselves ablaze in Tibet to highlight opposition to Chinese repressive rule, call for the return of His Holiness the Dalai Lama to Tibet and freedom for Tibetan people and 85 of them have already died.

"Chinese state control media have rarely reported some of the self-immolations, trying to change the direction- claiming the causes of some incidents were family or personal problems. Chinese citizen have no rights to know their own reality, because they are misinformed and manipulated by their own government, " said Mr. Nyima T.J. a Tibetan political analyst.

"The regime always has tried to bury the real cause of the Tibetan self-immolations, which was the Chinese policy of repression, discussion and denial of fundamental human rights, as well as any other political events," he added.