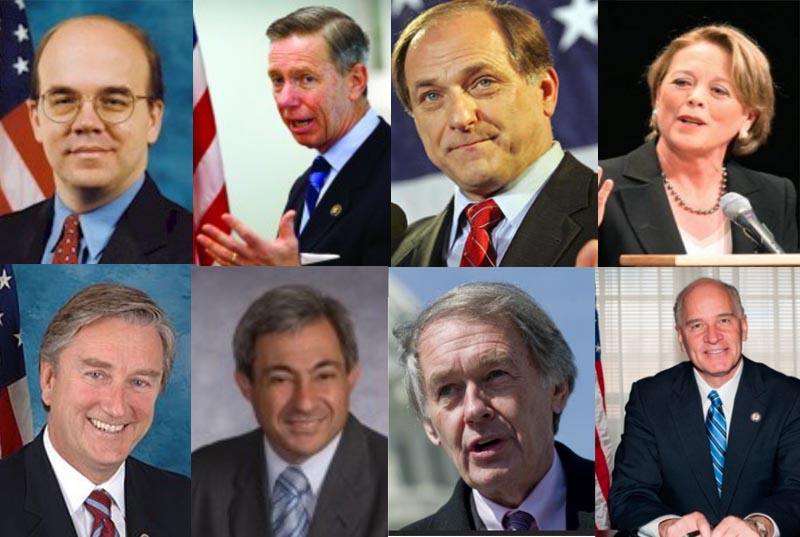 Dharamshala: - A number of members of US Congress from Massachusetts expressed their support on the 54th Tibetan National Uprising Day on 10 March, fervently calling on the Chinese government to address the legitimate aspirations of the Tibetan people.

The members made the statements to support the efforts made by the Tibetan Association of Boston to put the spotlight on the urgency of finding a lasting solution to the issue of Tibet, particularly the wave of tragic self-immolation protests by Tibetans against the Chinese rule. Since 2009, over 107 Tibetans have set themselves on fire in Tibet calling for freedom and the return of His Holiness the Dalai Lama's return to his homeland.

Representative James P. McGovern in his statement said: "For more than half a century, the Tibetan people have struggled to preserve their basic human rights and freedoms in the face of cruel repression by China aimed at destroying their culture, heritage and their very identity as a people and a nation. I commend the work of the Tibetan Association of Boston for ensuring that the lives and sufferings of the millions of Tibetans who have died and been displaced by violence will not be forgotten, and for turning a spotlight on the current repression against the Tibetan people, which has led to the desperate act of more than one hundred Tibetans taking their own lives through self-immolation. I applaud for hearing their cries and taking action. The United States and the international community can no longer stand idly and watch Tibet and its people suffer. We must act to stop the repression now.

Representative Stepen F Lynch said: "Today we mark 54 years since the people of Tibet rose up in protest against the human rights violations committed by the ruling Communist Chinese military. Sadly, despite decades of international pressure and calls for the Chinese government to loosen its stranglehold, grave human rights violations have continued in Tibet. This is unacceptable behaviour for a state that wants to be seen as a world leader and a responsible nation.

"For many years, groups such as the Tibetan Association of Boston have pushed to restore the human and religious rights of the people of Tibet. The United States has long pressed for a resolution that respects human rights and preserves Tibetan religious and cultural traditions. I believe that is still the only way to a peaceful solution. It has been more than two years since the Chinese government sat down with representatives of the Dalai Lama, and it is long past time for them to engage in meaningful dialogue with the Tibetan people."

In his statement, Representative Michael E Capuano said: "I grieve with you as you commemorate the 54th anniversary of the Chinese invasion of Tibet with all the suffering it has brought, mass murder, exile for those who have fled and oppression for those who remain.

"You have been sustained and the entire world has been inspired by the teachings of His Holiness the Dalai Lama Lama. He exemplifies a form of resistance to tyranny that will, I believe, ultimately prevail. Temples and shrines have been destroyed but, as the Dalai Lama teaches, "My brain and my heart are my temples; my philosophy is kindness." He and you continue to follow these principles. He and you continue to cherish the culture and traditions of Tibet. A nation cannot be obliterated if its people survive as a people. I wish you courage today and tomorrow and every day until Tibet is free. "

Congresswoman Niki Tsongas said: "On this 54th Anniversary of the Tibetan Uprising, we continue our moral obligation to speak out for the Tibetan people. It has long been U.S. Policy to promote dialogue without preconditions to advance a solution on Tibet and to press for respect for human rights and the preservation of Tibetan religion, language and cultural heritage. It is critical that the U.S. Take a leading role and work with partner nations on measures that could bring near-term improvements in the human rights situation in Tibet.

"The United States must actively engage partner nations on measures that serve to de-escalate rising tensions brought about by hard-line Chinese policies and actions. In addition, continued attention must be paid to promoting dialogue between Chinese officials and Tibetan leaders in order to achieve a negotiated solution to the problems afflicting Tibet and the Tibetan people.

"The international community should continue to decry the abuses against Tibet, in order to convey the aspirations for change that are being expressed so desperately by the Tibetan people directly to those who have the responsibility to heed their demands for change, respect and basic dignity," Representative Tsongas said.

Congressman John F. Tierney said: "I welcome the opportunity to reiterate my support for human rights, religious freedom, and the preservation of cultural heritage in Tibet.

"The Tibetan people and others around the world have a right to live in peace and be treated with respect and dignity. In December, I joined with several of my colleagues to urge President Obama to continue his efforts to ensure that the United States remains a leader in advocating for human rights in Tibet and pressing for an end to the abuses. "

Mr Theodore C. Speliotis, Boston State Representative, said: "The loss of more than a million Tibetan civilians and the destruction of more than 6,000 Buddhist monasteries is a horrific tragedy and a reminder to every American of what occurs when intolerance, ignorance and blindness prevail over the respect for human rights and dignity that all men and women take for granted in our great nation. I wish you and the Tibetan community – more than 600 strong – the very best today and in your future. "

Representative Edward J Markey said: "Your efforts to provide classes in Tibetan language and folk dance help to preserve Tibet's unique cultural heritage. The events you organize, such as this one, also helps to raise awareness in this country of the plight of the Tibetan people both in Tibet and around the world.

"While we recently celebrated the accomplishments of Martin Luther King, Jr., a hero of civil rights here in the United States, it is important to remember that there are many throughout the world who continue to struggle for basic human rights and dignity. I had the great pleasure of meeting with His Holiness the Dalai Lama when I visited India in 2008 and was very moved by the incredible courage he showed in leading a peaceful struggle for the rights of the Tibetan people.

"Today we mark Tibetan National Uprising Day. It was more than 50 years that the Dalai Lama was forced to leave his home, and across these many decades the Tibetan people have continued to suffer. In 2008, I joined my colleagues in the House of Representatives to introduce and pass House Resolution 1077, which called on the Government of the People's Republic of China to immediately end its crackdown in Tibet and to engage in serious negotiations with the Dalai Lama to find a long-term solution. What we said then stands true today. The Chinese government should acknowledge the legitimate grievances of Tibetan people and work to resolve these issues through peaceful dialogue. This approach is clearly in the best interest of both China and the people of Tibet. It is time for China to acknowledge the rights of their neighbours and enter into real negotiations with the Dalai Lama.

"I truly believe that the work you are all doing here today is an essential part of this struggle. It will be many small steps, like this one, added together, that brings the Dalai Lama home."

Congressman William R. Keating said: "Today marks an anniversary of courage and a people's quest for liberation – a fight that lives on in the voices of the oppressed across the globe. As you walk in remembrance of this historic date, know that you are joined in solidarity by thousands of supporters around the world. We have witnessed remarkable transitions in the last two years – a Tunisian street vendor's despair ignited a flame of democratisation across the Middle East; young Christian protestors protected Muslims in prayer in the midst of demonstrations in Cairo; the fall of dictators has been followed by the creation of new constitutions. However, much remains to be fulfilled."

"There is no shortage of activity on the Foreign Affairs Committee this term, but one the most challenging issues that I have seen time and again through discussions is the lack of interest in these dynamics amongst the general public, especially youth. It is through community organizations like that provided by the Tibetan Association of Boston that residents of the Commonwealth are made aware of Tibet's unique religion and cultural heritage. These acts of remembrance are essential to memorize the valiant efforts of those who came before us and to educate the generations that follow," Mr Keating said.

Thousands of Tibetans and supporters converged in front of the UN Headquarters in New York to commemorate the 54th Tibetan National Uprising Day. Addressing the gathering, His Holiness the Dalai Lama's Representative Kasur Lobsang Nyandak said the international community must support the determination and legitimate aspirations of the Tibetan people.

Tibetans living in other parts of the United States also commemorated the day with rallies and lobby support from government officials, lawmakers and the general public.