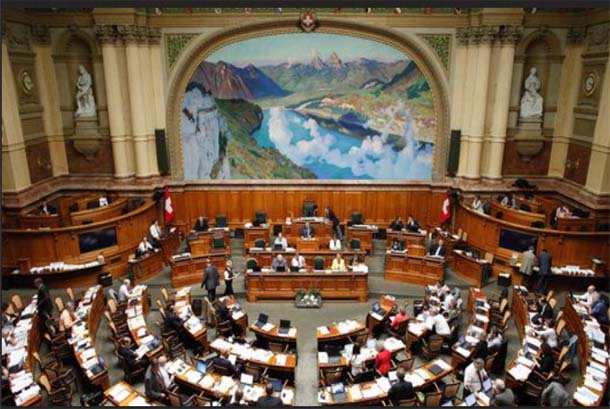 Dharamshala: Ms. Maya Graf, who is the President of the Federal Parliament of Switzerland, will meet with His Holiness in the Parliament building on April 16.

In a press release, the Swiss Federal Parliament spoke of the visit by His Holiness "The meeting will take place during the special session in the spirit of the Swiss tradition of openness and hospitality. As the spiritual leader of the Tibetan Buddhism, His Holiness the Dalai Lama visits regularly the approximately 4,000 Tibetans living in Switzerland. He is also a globally known personality whose dedication has been recognised with the Nobel Peace Prize in 1989."

The Tibetan political leader, Sikyong-Dr Lobsang Sangay met with Ms Maya Graf in Bern Switzerland when he visited there in November 2011. He also sent her his congratulations when she was elected President of Switzerland in January 2012.

Ms Graf visited Dharamshala from March 26-28 in 2008, at the invitation of the Assembly of the Tibetan People's Deputies (Tibetan Parliament in exile), as part of a four-member delegation of the Swiss Parliamentary Group for Tibet. Led by its President Mr Mario Fehr, the delegation gained first hand understanding of the workings of the democratic institutions in exile and the Tibet situation.

His Holiness will visit the Forum Fribourg in Swtizerland from April 13-14 where he will give a one-and a half day teaching on Atisha's lamp for the Path to Enlightenment (jangchup lamdron) as well as a public talk on 'Ethics beyond Religion'.

On April 14 His Holiness will participate in a science and humanism exchange forum on 'Living and Dying in Peace' at the university of Lausanne and he will also give a public talk on 'Towards a Sustainable Future' at the University of Bern on April 15.

His Holiness will be in Europe for ten days from April 11-20, where he will visit Italy, Switzerland and the United Kingdom.