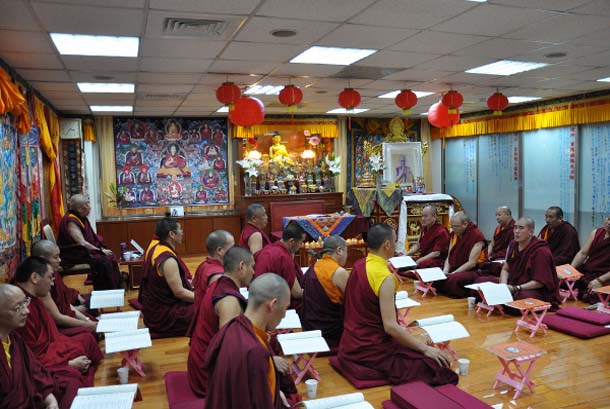 Taipei: - More than 50 mainland Chinese and Taiwanese university students took part in a discussion entitled "The Unavoidable Story of Tibet" held in Taipei on 31 March. The discussion was organised by a group of Taiwanese students.

Mr Dawa Tsering, the representative of His Holiness the Dalai Lama in Taiwan, Secretary Sonam Dorjee and Mr Dachompa, the president of the Tibetan Association of Taiwan, attended the discussion, according to a report by the Central Tibetan Administion.

Representative Dawa Tsering answered questions from the participants and explained the policies and functions of the Central Tibetan Administration.

The Office of Tibet in Taiwan also organised a 5-day screening of Tibet related films in Hong Kong from 21 March – 6 April. On the sidelines of the screenings, it also conducted a low-key discussion on Tibet between Chinese lawyers and human rights activists.

On 4 April, it organised a prayer service in Taipei to express solidarity with all those Tibetans who set themselves on fire for the cause of Tibet and those who continue to suffer Chinese repression inside Tibet. Senior lamas from all schools of Tibetan Buddhism and local Tibetans attended the prayer service.

The Office of Tibet also plans to organise an exhibition on Tibet at the Taiwan Freedom Park from 27 April to 5 May.