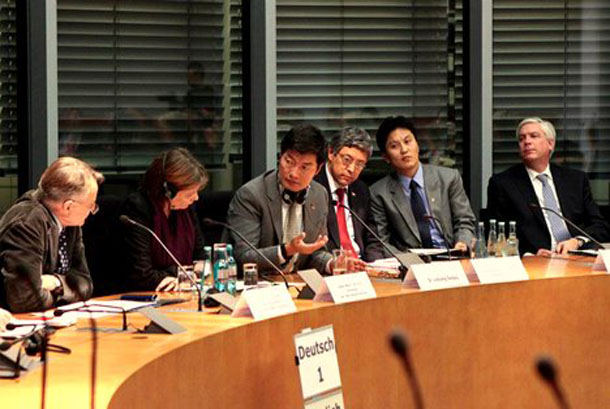 Dharamshala: - A German human rights committee on Wednesday urged the Chinese government to stop the repression in Tibet and respect the human rights of Tibetans, including their religious and cultural identity.

"The significant rise of self-immolations is an expression of deepest desperation about the lack of freedom, as well as about non-existent freedom of religion and the refusal of the Chinese leadership to respect a unique cultural identity," the Human Rights Committee of the German parliament said in its joint declaration.

The committee urged the new Chinese leadership to open up a new chapter in their relations to the Tibetans, to look into the causes of these desperate acts and to bring about necessary reforms.

The committee also appealed to Tibetan religious leaders to consistently urge Tibetans to refrain from setting themselves on fire.

Expressing strong support to the statements made by the international community, including the United Nations and the European Parliament, the German parliamentary committee demanded access for UN diplomats, parliamentarians and journalists into Tibetan areas, said Dharamshala, India based Central Tibetan Administration (CTA).

"We ask the Federal Government to continue to work bilaterally and on the international level towards an improvement of the situation in Tibet and while doing so, to also make use of the German Dialogue on Law and the EU-Human Rights Dialogue with China," the human rights committee further said.