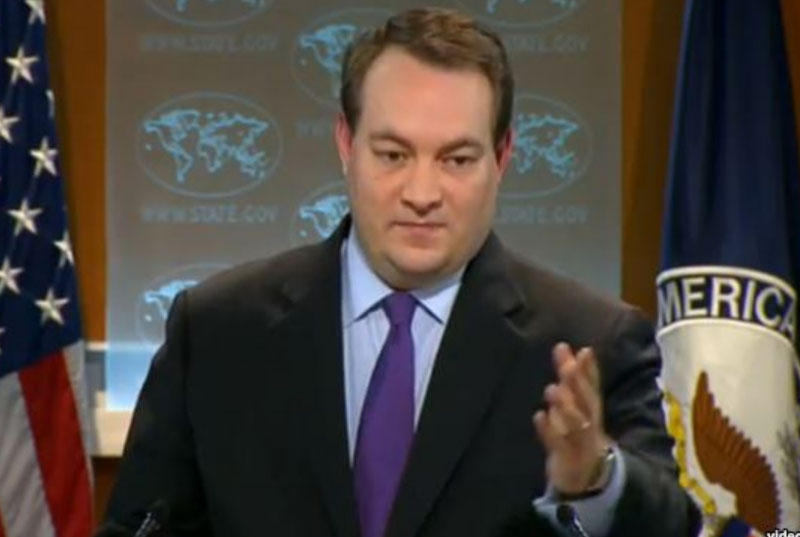 Dharamshala: - The State Department of US government has called on China to Tibetans in Tibet to express their grievances freely, publicly, peacefully and without fear of retribution.

Asking China to refrain from making statements that denigrate His Holiness the Dalai Lama and Tibet's unique cultural, linguistic and religious traditions, the United States has said the Tibetans be permitted to express their grievances freely.

"We have asked the Chinese Government to refrain from statements that denigrate the Dalai Lama and Tibet's unique cultural, linguistic, and religious traditions," the State Department spokesman, Mr Patrick Ventrell, told reporters at his daily news conference

"Our lines and our policy (on Tibet) have not changed. We continue to call on the Chinese Government to permit Tibetans to express their grievances freely, publicly, peacefully and without fear of retribution," Mr Ventrell said in response to a question.

The Central Tibetan Administration said it has consistently appealed and categorically discouraged Tibetans in Tibet from self-immolating as a form of protest.

Sikyong Dr Lobsang Sangay, the democratically-elected leader of Tibetans and political successor to His Holiness the Dalai Lama, who was on a visit to the US, has appealed the US government to further strengthen its efforts to encourage the Chinese government to enter into a meaningful dialogue to resolve the Tibet issue peacefully.

China has accused His Holiness the Dalai Lama and Tibetans in exile of orchestrating the waves of self-immolation protests against Chinese rule. Without bringing up the vicious Chinese treatment of Tibetans inside Tibet, the Chinese regime claims the "Tibetans are happy."