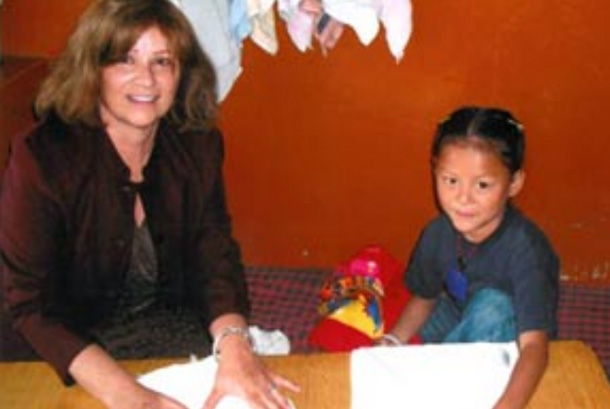 Dharamshala: – More than 25 years' hard work and dedication to Tibetan cause,, the Central Tibetan Administration (CTA) Saturday, June 1, expressed its deep appreciation to Ms. Mary Beth Markey, who resigned from her position as International Campaign for Tibet's (ICT) president.

Ms. Markey resigned last month from her position as the president of the US based ICT. The Dharamshala based exile Tibetan administration thanked Markey abundantly for her remarkable contribution to the Tibet issue and specially her concern over the issue of human rights in Tibet.

"Being both a personal and a friend of Tibet, I wish to express our gratitude to Ms. Markey for her outstanding contribution to the Tibetan cause. We are highly appreciative of her dedication and hope she will continue to be involved with the Tibetan issue. Her expertise and kind nature will be missed," Sikyong Dr Lobsang Sangay, the political leader of Tibet said in a statement issued on June 1, 2013.

Under her leadership the following wonderful initiatives were launched by the ICT: In the area of policy analysis, the annual reports "Dangerous Crossings: Conditions Impacting the Flight of Tibetan Refugees" and "60 Years of Chinese Misrule: Arguing Cultural Genocide in Tibet"; in the area of advocacy, the Congressional Gold Medal for His Holiness the Dalai Lama and the Tibetan Policy Act; in the area of funding, the ICT's Partnership for the Sustainability of Tibetan Communities and a National Endowment for Democracy grant for election-monitoring in exile and at last in the area of organizational development, the ICT's expansion of advocacy from Washington, Berlin and Amsterdam to new offices in Brussels and London and a partnership with the Australia Tibet Council.

Other contributions under her leadership are the institutionalization of the Tibet issue within the U.S. foreign policy framework, Senate legislation concerning the VOA Tibetan broadcast service, the Tibetan scholarship program and the Special Envoy for Tibet. This last initiative would lead to a fully staffed office within the U.S. Department of State with a senior U.S. official serving as Special Coordinator for Tibetan issues.

Ms. Markey presented Tibetan issues to international forums, included the UN Human Rights Council, was a frequent commentator on international news programs, and received a Human Rights Press Award from the Foreign Correspondents' Club in Hong Kong for her outstanding contribution toward greater awareness and appreciation of human rights issues.

"For many years, Mary Beth has devoted substantial energies to the international struggle for human rights in Tibet and, in particular, has played a vital part in ICT's efforts to promote a political solution for Tibet." noted Lodi Gyari, Executive Chairman of the ICT Board of Directors. "The board is deeply appreciative of her exceptional service and her unshakeable faith in the just cause of Tibet. We wish her every success into the future," said the Board of Directors of the ICT in their message.

Mr. Bhuchung K. Tsering, the current Vice President of Special Programs, has been named as Interim President while an intensive international search for a new President is conducted, the ICT said in a statement. Born in Tibet, Mr. Tsering has worked at The International Campaign for Tibet since 1995. He previously held positions in the Central Tibetan Administration in Dharamsala, India and the Office of His Holiness the Dalai Lama.